Celebrated entertainer, Falz, appears to be silent on the new End SARS protest in Abuja.

Recall that Falz was an integral part of the protest in Lagos State before the unpleasant event of October 20, which allegedly left many dead.

In the new protest which kicked off today, Falz has been silent on social media rather opting to promote a movie he acted in. 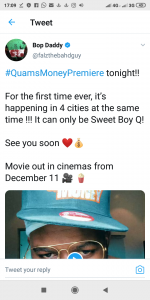 Keeping mute on the End SARS protest, the rapper took to Twitter to write:

“For the first time ever, it’s happening in 4 cities at the same time !!! It can only be Sweet Boy Q!

There have been speculations on the possibility that Falz might have moved on from the protest. 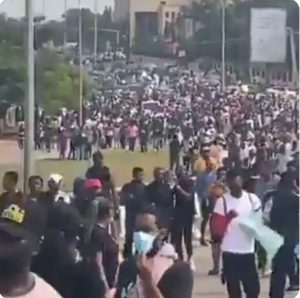 Who will win this battle of the movies on Christmas Day?