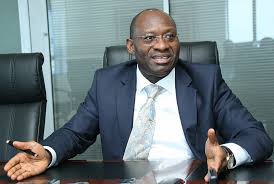 For one of the newest entrants into the Nigeria’s banking industry, it has become a case of one day, one trouble as Heritage Bank Plc continues swimming in the sea of controversies amidst financial improprieties. And as it stands, the bank is fast proving to be L’Enfant terrible in the banking sector, as its name constantly props up in every underhand dealing featuring some Nigerian financial institutions.

Reports available to TheIcon indicate that Heritage Bank, which came into existence under a new name just a few years ago, is currently the focus of Nigeria’s banking regulator, the Central Bank of Nigeria, and there are critical signs that it may require a hard reset soon.As a result of several undercutting with the system, insiders have squealed, the chairman of the bank, Akinsola Akinfemiwa, OON, may be axed along with other directors to give way to a new lease of life for the commercial bank.

Its recent travails came to a climax when it was discovered that a whopping $24.1million (N9.399 billion) belonging to the Nigerian Ports Authority which was lodged with the bank was kept away from the new management of the maritime agency led by Hadiza Bala Usman. Even after the NPA opened discussions with the bank in a bid to recover its
money, we learnt that the management of Heritage Bank feigned ignorance of such lodgment, claiming rather that the money might have been an inherited liability from Enterprise Bank which it acquired recently.

However, in a new twist, it was reported that the bank management, while admitting to hiding the sum, declared that should the money be moved from the bank it would automatically lead to the collapse of the bank.

A few days ago, the Central Bank of Nigeria announced that they had banned some banks from all foreign exchange transactions. True to expectations, again leading the pack is Heritage Bank which metamorphosed from the defunct Societe Generale Bank owned by the currently embattled senate president, Dr. Bukola Saraki.

The bank has been barred for failing to remit the Nigerian National Petroleum Corporation (NNPC) dollar funds to the federal government’s Treasury Single Account domiciled in the CBN as directed by the presidency last year. Sources at the CBN said that further disciplinary actions awaited the bank alongside others found guilty after remitting the funds in full to the government’s coffers.

Acquiring Enterprise Bank seemed to have also stoked more flame of crises for the already troubled Heritage Bank as power tussle is threatening to sound a death knell on the bank. Robert Mbonu, who is said to be representing the interest of the senate president, a major shareholder of Heritage Bank, is reported to have been forced out by the managing director and chief executive of the bank, Mr. Ifie Sekibo, TheIcon gathered.

Mbonu, a seasoned banker was the one that led the team that restructured the former Societe Generale Bank Nigeria, leading up to the bank’s acquisition by IEI Investments Limited. The crisis leading to the resignation of Robert Mbonu started when Mr. Ifie Sekibo began to see Mbonu as a rival who might take over the leadership of the bank
from him. On his own part, Mbonu, was indeed said to have been expected by many to be saddled with the responsibility of integrating the moribund bank into Heritage. That, however, did not happen and this further hastened his resignation from Heritage bank.

Apart from the battle for the soul of the bank which claimed a major victim, the commercial bank is also grappling with many other crisesthat tend to threaten its survival. One of them is its poor services which are staring its customers in the face. Already, most of its branches are awash with complaints of unsatisfied customers whose singsong is their plans to close their accounts due to long hours they experience to get services from Heritage Bank staff.

A staff spoken to by TheIcon blamed it on incessant network breakdown across the branches. As if that was not enough, its branch network is few and far between, and we cannot immediately confirm if this has to do with the power play which is bedeviling the bank or just managerial incompetence.

Some of the staff who spoke on condition of anonymity when TheIcon correspondent visited one of the branches on the mainland area of Lagos hinted that most of their colleagues are already complaining aloud about the poor remuneration of Heritage Bank. According to them, their salaries have been drastically reduced in recent times with the
management citing the poor economy while their allowances have completely been discontinued.

This was corroborated by a customer of the bank who even showed us an SMS from one of the Heritage Bank staff to him soliciting for some deposit. The message read: ”Morning Sir, I seriously need your assistance urgently. It is because of target. Last month my salary was reduced by 40%. They just informed me that if I don’t bring money by
Monday, I will be demoted by two steps which is likely going home. Sir, please help me with something. My target is N30 million.”

From all indications, there is a plan in the pipeline to lay off some staff despite the Central Bank of Nigeria’s directives to banks not to sack its workforce.

Unless something urgent happens in days to come, the CBN may revoke the license of the young bank, insiders told TheIcon.

All efforts to speak with the divisional head of Corporate Communications of the Bank, Olusola Longe-Okenimkpe for the lender’s angle proved futile as her mobile line was not reachable as at press time.

TheIcon promises to bring you update as events unfold in the Ifie Sekibo-led financial institution.