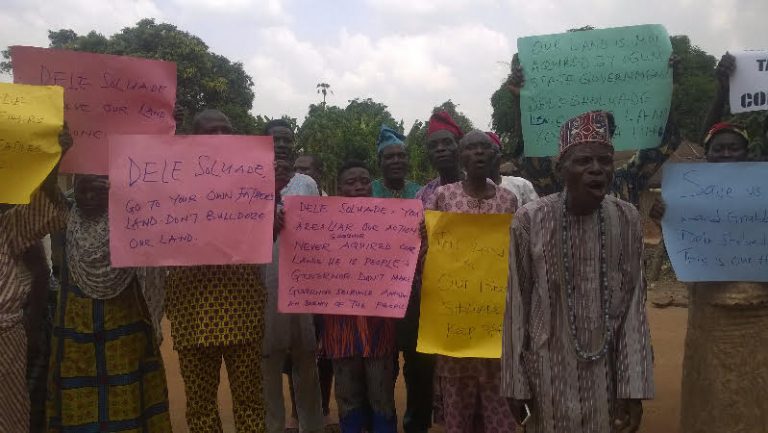 It is said that, those who do not or care to know where they are coming from, getting a proper direction as to where they are going, becomes a much more difficult task.

Also it is said that if you fail to ask what killed your father, there’s the greater likelihood or probability that you may fall victim to the same causes.

The fight and or agitation for the creation of ABIA, was a long drawn and difficult one. It had respected leaders from the four major blocks of Afikpo Province, Old Bende Division, lsuikwuato District and Aba Province, fighting and staking everything they had to ensure that the state was created.

For more clearity, the said fight for state creation took place when all these major blocks, mentioned above, were all still part of the old Imo state. The acronym A.B.I.A, was later coined, using the names of the major players in the agitation, in recognition of their individual contributions and efforts in the struggle.

OLD BENDE is the area from Arochukwu to Umuahia, including, but not limited to; Ohafia, Abiriba, Igbere, Item, Bende ifself, Uzuakoli, the entire Umuahia (north/south), lkwuano etc.

None of the blocks became part of the acronym, A.B.I.A by accident, as mentioned earlier, but strictly due to the parts played and the various contributions of their respective leaders to the fight or agitation for the state to be created. The said leaders had mutual respect for each other and worked closely together, far better than we have in any group or organisation in Abia today. That largely accounted for their success.

That co-operation, unity, understanding, mutual respect and lofty dreams our past leaders, some of them still around today, had for the new state, ABIA, which they succeeded in having created, led them to come up with an MOU called, the ABIA CHARTER OF EQUITY to guide future generations on issues related to smooth, hitch free transition of power and proper recognition of each block that took part for purposes of fairness, equity and justice etc.

The said dream was lived out to the letter when Dr Ogbonnaya Onu from Afikpo went as the first Governor of Abia state when he did.

Dr Orji, Kalu from Old Bende followed in 1999. There was’nt any problems in supporting and getting him elected, especially given that Old Bende was/is the next letter “B” in the name Abia. But when Orji Kalu was leaving, after 8 years on the saddle, he distorted the arrangement and dream of our past leaders by going outside and against all letters of the Charter of Equity by giving power to Chief TA Orji, from Umuahia, the same or part of Old Bende. That was done in complete negation of the earlier order which required that power was shifted to the next letter “l” or Isuikwuato District whose turn it was to produce governor in 2007. The District in the face of that grave denial, remained calm, patient, law abiding and even served in various capacities and levels in the said adminitration of Gov TA Orji who left in 2015, after 8 years in office.

Gov TA Orji preferred and handed over power, in a bit of controversy, to Dr Okezie Ikpeazu, the present Gov. from Aba Province who is now in his second term in office and will leave in 2023.

The present Gov, Dr Okezie Ikeazu, has people from Isuikwuato District serving in his administration. The Gov cannot be held entirely responsible for the ills of Abia, which was implicit in the beginning of the current democratic dispensation, in 1999. Abia started on the wrong foot and there were leadership tenures before Dr lkpeazu came in as Gov. We urge Abia critics to properly appropriate their blames.

Isuikwuato District has full confidence in Gov lkpeazu and believes that he, as a God fearing leader, will not obviate the power transition trend in Abia.

Isuikwuato District and the letter “l” is the only block left to complete the circle in the transition of power in Abia. Given that the District remained loyal, gave their support, worked with or served in all the past & present administrations mentioned above, it only makes every sense, fair, just and to sustain peace in Abia, that they be supported to produce the next governor in 2023.

But the unwelcome narratives by various agitators, aspirants and discussants on power shift in Abia which tends to ignore the fact that lsuikwuato District is one of the major blocks that make up the state, leave much to be desired. Politics of exclusion, neglect, denial, deprivation or marginalisation, is not known to have worked in many cases and may not this time. It is wrong, unfair, unjust and must be seen as such by all men and women of goodwill and all those concerned or involved.

That from whatever angle or perspective anyone or group decides to look at or talk about the rotation of power in Abia and fail to recognise the fact that lsuikwuat District, as a people, was/is there, like the other major blocks in the state, but the only one left to produce a governor and has to do so this time, is at their peril.

It has also become very important, necessary and in the interest of those who obviously know the facts, but are pretending not to, to once again explain, define, re-emphasise and make it clear that, Isuikwuato District, comprising Isuikwuato and Umunneochi LGAs is not, had never been will never be and should not be described as part of Old Bende, not under any circumstance for that matter. Old Bende people are our close and good neighbours whom we were there for, at the time they needed us, but for the purposes of political recognition or grouping, we are distinct, having joined Abia from Old Okigwe Division.

That lsuikwuato District, to restate once again, joined the agitation for the creation of Abia state, from the old Okigwe Divesion where it had been part there of and cannot be wished away, ignored or not given the recognition it deserves. The District accepted, in good faith, the pleas or invitation of the other 3 blocks to join them in the said agitation, to both make up the population and land mass requirements for the state to be created and also for the better interest of their own people. That these facts are matters of available records and clearly contained in the said Charter of Equity, which most people tend to dangerously ignore due to their quests for political power.

That this attempts by those who aspire to retain or grab power, to now refer to lsuikwuato District as part of Old Bende or try to discountenance the power shift formular, which had all the other 3 blocks in Abia produce Governors and only lsuikwuato District left, is not in the best interest of the state. To allow the District govern the state for 8 years, as others did, will not be too much a sacrifice for the existing peace, cordiality, fairness and justice to continue in Abia.

For example, if Gen Babangida had allowed Abiola take power when he won the election, he would have completed his tenures by the year 2000 and spared Nigeria the crises she’s still battling till this day.

I have not implied here that individuals or groups have no constitutional rights to vie or aspire to power, as some cynics may want to misinterpret, but l am advocating a systemic ceding or transfer of power, by the powers that are presently. That in no way forecloses or precludes those individuals who may wish to try.

Finally, Abia state is not made up of only Old Bende and Aba Province, since Afikpo left to be part of Ebonyi state, there’s lsuikwuato District which deserves, as a matter of right, fairness and justice, to produce the next Governor of Abia state

Ize-Iyamu: When God’s Grace Is Upon A Man By Tunji Fagbohun