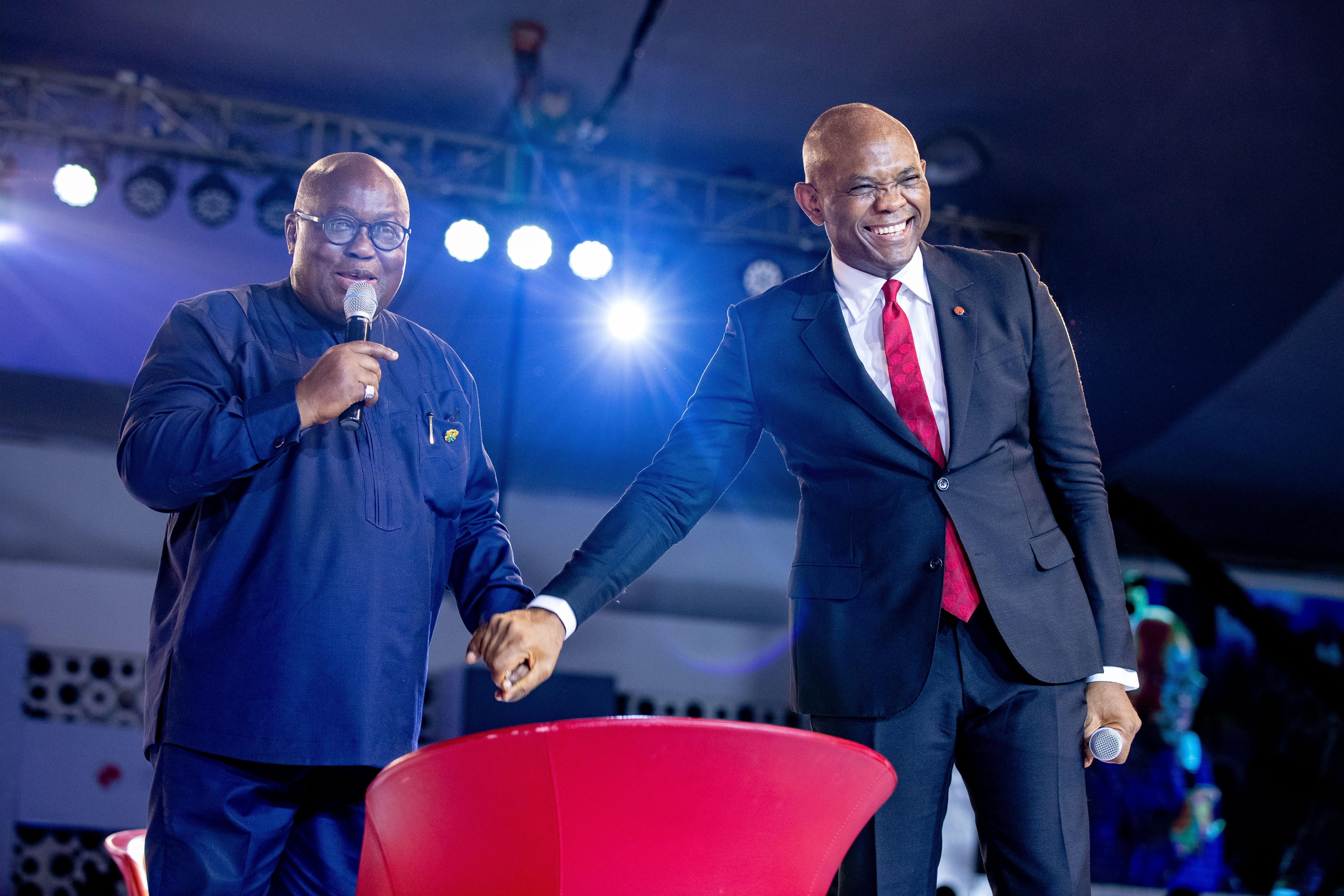 5,000 African entrepreneurs, private and public sector leaders and the broader entrepreneurship ecosystem convened in Lagos on Thursday, October 25, 2018 for the annual Tony Elumelu Foundation (TEF) Entrepreneurship Forum. The event which is the largest gathering of African entrepreneurs in the world, is a unique opportunity for bringing together young business talent, creating dynamic networks and transmitting the message to policymakers that a vibrant and responsible private sector will deliver economic transformation.

Now in its fourth year, the Forum marked the graduation of the 2018 cohort of the TEF Entrepreneurship Programme, following a rigorous nine-month period of training, mentorship and funding, which brought the total number of beneficiaries of the Programme to 4,470, with over 300,000 applications received to date.

One of the highlights was the unveiling of TEFConnect, a revolutionary digital community that brings together the complete entrepreneurshipecosystem across Africa and beyond, including entrepreneurs, investors and the broader business community on one platform, connecting them digitally with three vital elements for success – capital, market and business tools. Africa is riding a wave of rapid technological driven change in payment systems, education, agriculture and infrastructure and TEFConnect fulfills a critical role in linking entrepreneurs across the continent.

Commencing with a series of goodwill messages from key stakeholders in the investment, governmental and development communities, the event featured a pitching competition, panel discussions, as well as a vibrant interactive session between His Excellency, President Nana Akufo-Addo and the entrepreneurs, moderated by TEF Founder, Tony O. Elumelu. It also featured a session on the role of the private sector in the economic development of Africa with Dr. Awele Elumelu, TEF Trustee, Founder, Avon Medical and Gavi Champion for Immunisation in Africa; moderated by CNNMoney Africa Correspondent, Eleni Giokos. Parminder Vir, CEO, Tony Elumelu Foundation also unveiled the TEF Impact Documentary, featuring success stories of the Tony Elumeluu Entrepreneurs.

Tony Elumelu reiterated his commitment to championing Africa’s economic development by supporting and training a new generation of entrepreneurs, whose successes can transform the continent, delivering opportunity, job creation and social impact. ‘Africa’s future is in African hands’ he stated.

“Our Foundation and its unique approach of training, mentoring and funding has proven that entrepreneurship is the key to unlocking economic transformation of our continent. I believe so strongly that success can be democratized and if we can match ambition to opportunities, this extraordinary generation can achieve anything,” said Tony Elumelu.  “With TEFConnect, we have created a tool, that provides a digital platform to host ideas, champion success and demonstrate Africans ability to use the most advanced technologies to take charge of their economic destinies.”

His Excellency, President Nana Akudo-Addo of Ghana underlined the importance of galvanizing the broad entrepreneurship eco-system, calling on public sector representatives to encourage, support and replicate the work of the Tony Elumelu Foundation in their respective regions.

Speaking on the importance of putting the right policies in place, President Nana Akufo-Addo said: “Nothing is changed or developed on its own. People must get up, speak, have discussions and change the dialogue”.

Since its inception, the Tony Elumelu Foundation has empowered African entrepreneurs across the continent with a $5,000 non-refundable seed grant, a bespoke training programme designed specifically for the African environment and access to a dedicated group of mentors, significantly contributing to economic growth, job creation and revenue generation