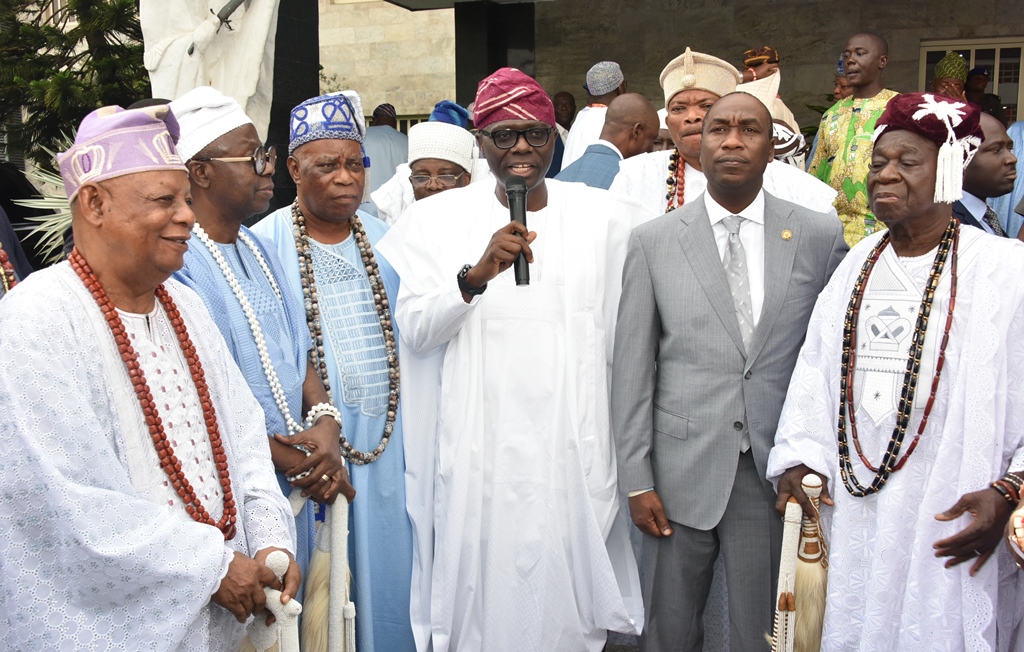 Lagos State Governor Mr. Babajide Sanwo-Olu on Thursday revealed that his administration will work harmoniously with the traditional rulers for peace, progress and sustainable social and economic development in the State. 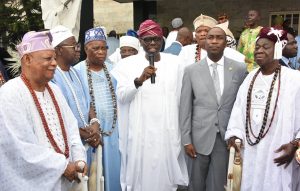 Speaking to newsmen after a courtesy call on him by members of the Lagos State Council of Obas and Chiefs at Lagos House Ikeja, the Governor said that the custodians of tradition and culture in Lagos State have promised him to keep their communities safe for economic and social activities to thrive.

Governor Sanwo-Olu noted that the traditional rulers have given their words to keep their various domains peaceful and conducive to make people prosper while doing their legitimate business.

According to Governor, “A promise has been made to continue to foster a working relationship that will ensure Lagos remains an investment destination to all people that are wishing to come and invest in Lagos.

“And the Obas have assured me that our communities are willing and ready to attract investment,” he added.

The Governor told journalists that issues of security, refuse disposal, transportation were also discussed and a resolution to avert sad incidents as that of Ijegun was agreed upon.

In his words, “they brought goodwill from their various kingdoms. We advised them on issues of governance and they have listened. Issues of security were discussed at the meeting, waste management, issues around commuting from one place to another and also issues of interest between the government and traditional institution were also looked at.

“Also, we are taking measures around ensuring that the incidents that has happened in the last one month, will not occur again,” Governor Sanwo-Olu hinted.

He said the Obas and Chiefs are aware that it is only when peace reigns that the state can remain in the plans of investors for growth.

In his words, “they all realise and appreciate that it is only when we do this that Lagos can continue to remain a Centre of Excellence and an investment destination for the country and of course the Sub-Saharan Africa.”

Addressing the press earlier, permanent Chairman of the Council and Oba of Lagos, His Royal Highness, Oba Rilwan Akiolu said council members came to felicitate with the governor and also assure him of their cooperation on very important issues concerning the state.

He said the traditional institution in the state has resolved to give the administration of Mr Babajide Sanwo-Olu their total support noting that they will ensure all continue to be well in the state.

He further stated that there is need for communal integration so as to drive development into the state, urging the citizens to continue to support the Governor. The Lagos paramount ruler also used the occasion to restate his call on the Federal Government to return all property belonging to Lagos State, saying failure to do so will attract litigation from the traditional institution in the state.

Akiolu also added that other issues of interest to the council and government as the forthcoming 90th birthday of former governor of the state, Alhaji Lateef Jakande and the 100th Birthday ceremony of Chief Akintola Williams were discussed.