CNN has alleged that the Nigerian Army used live bullets on protesters while trying to quell the #EndSARS protests held at Lekki Toll Gate, Lagos State.

The network also revealed the identity of a protester who reportedly died on the night of the shootings.

According to CNN, Victor Sunday Ibanga died on the night from the bullets of the Nigerian Army.

The report by CNN said a forensic probe of the bullet casings recovered from the scene of the incident revealed that live bullets were fired at the protesters.

It quoted current and former Nigerian military sources confirming that the bullet casings “match those used by the army”.

CNN also reported that it worked with the Balkan Investigative Reporting Network and “established that several of the bullets from the Lekki Toll Gate originated from Serbia.

Export documents CNN has seen show that Nigeria purchased weaponry from Serbia almost every year between 2005 and 2016”.

The Nigerian Army has however repeatedly denied using live rounds, insisting that its soldiers only fired blank bullets into the air.

FINALLY, A NAME AND A PICTURE

Before the publication of Ibanga’s picture, no dead victim had been publicly identified.

Others who were previously reported dead later came out to deny — or it turned out they died elsewhere before the October 20 shooting.

A protester who testified before the judicial panel set up by the Lagos state government to investigate the incident said he saw one dead body. The Nigerian Army had initially denied its men were at the scene of the incident where hundreds of #EndSARS protesters gathered to demand an end to police brutality.

Some of the protesters told CNN that soldiers fired into the crowd.

The Lagos state government had first said no deaths were recorded before Babatunde Sanwo-Olu, the governor, revealed that two persons later died from their wounds.

It is still unclear if Ibanga was one of the two since the details were not made public.

TheCable captures the inconsistencies between the Lagos government and the army regarding the incident in this timeline.

CNN said its probe of the incident showed that 27-year-old Ibanga died of bullet wounds sustained from the Lekki shootings — but it was the police that were said to have taken his body away.

According to the investigation, Elisha, Victor’s brother, received a call that he (Victor) had been shot dead and “that the police took his body away”.

CNN also quoted one Peace Okon as saying she has not seen her 18-year-old brother, Wisdom Okon, who went to the protest ground on the night of the shooting. 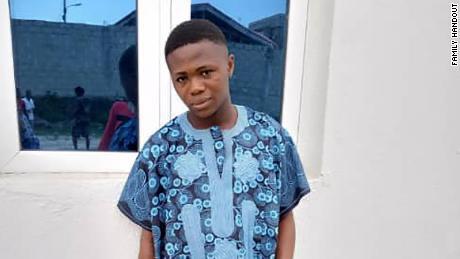 Okon was said to have relocated to Lagos only a few weeks before the incident.

CNN also reported that several families are yet to locate their loved ones since Lekki shooting.