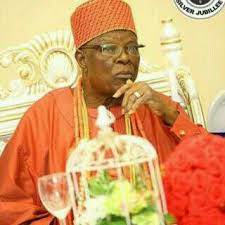 The colourful event, attracted quality crowd from all works of life.

The celebration also saw sons and daughters of the soil returning home to celebrate with the monarch.

For Oba Michael Adeniyi Sonariwo it was indeed a humbling scene.

When Adefarasin’s Son Tied The Nuptial In Style