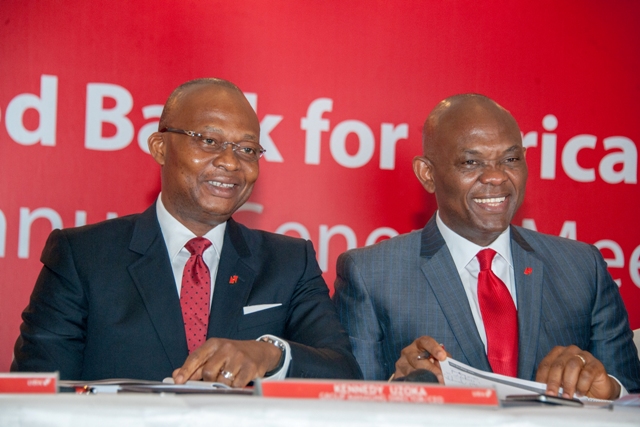 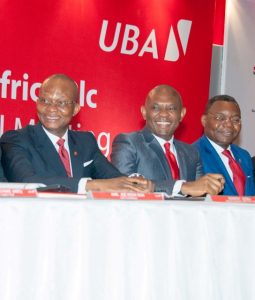 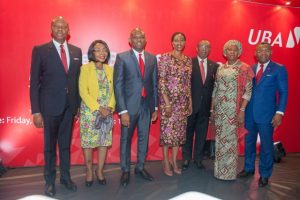 The Chairman of the United Bank for Africa Plc, Mr. Tony Elumelu, has strongly commended the Federal Government and the Central Bank of Nigeria (CBN) for their efforts in stimulating the Nigerian economy, and bringing to bear a coordinated policy response that will positively jumpstart the Nigerian economy.

According to Mr Elumelu, recent actions by the Federal Government, including greater liquidity in the foreign exchange markets, have already had a positive impact on the economy, giving Nigerians and foreign investors alike hope that the nation’s economy is on the road to recovery.

Speaking during 55th Annual General Meeting of the United Bank for Africa Plc, Elumelu said, “I would like to commend the Federal Government of Nigeria and President Buhari on the launch of the economic recovery programme. The Economic Recovery and Growth Plan is a robust call to action and we look forward to its rapid implementation. We were honoured to be consulted before the launch, and I believe, as a significant investor in Nigeria, that if we all give our support to the programme, the country will quickly recover.”

Mr Elumelu added that the CBN had also implemented decisions that have helped strengthen the nation’s economy.  “I also commend the CBN for the decisive way they have been managing the economy, especially the way the foreign exchange regime is responding to their targeted intervention.”

The UBA Group Chairman used the opportunity to highlight the Group’s commitment to customer service. Our Customer First programme is central to the Bank’s ambition to be the Bank of choice for all Africans. He also applauded staff and shareholders on the performance of the Bank and for their loyalty, adding that the results show that UBA had made a wise decision, by investing in other African countries outside of Nigeria. Addressing the shareholders at the AGM he said: “Many said we are too bold in ambitions in Africa. It is clear from these results that our strategy has been proved correct. I want you to know that by investing in UBA, you have diversified your portfolio, you have not just invested in a Nigerian bank, but have invested in a bank with earnings now coming from across Africa”.

Mr Elumelu also praised UBA’s new leadership team. “Last year we had a leadership change and a new CEO, Kennedy Uzoka was appointed, which we are formally introducing today. Let me say that Kennedy and his team have hit the ground running. At the board level, we are extremely impressed by the financial performance that they are already delivering. We all have great faith in their ability to deliver.”

Group Managing Director/Chief Executive Officer, UBA Plc, Mr. Kennedy Uzoka said: “As we deliver our Customer First Philosophy, we are approaching 2017 with stronger optimism, especially with the outlook remaining positive in most of our markets. We are aware of the macro economic challenges, competition and constantly changing customer preferences. However, we believe we are well equipped to win in the market. We will further develop our unique Pan- African platform to improve productivity, extract efficiency gains and grow our share of customers’ wallet across all business lines and markets. We will continue to build on our strong governance culture, zero-tolerance for infractions and transparency in furthering our frontiers of leadership in the African market.”

United Bank for Africa Plc is a leading pan-African financial services group, with presence in 19 African countries, as well as the United Kingdom, the United States of America and France.

UBA was incorporated in Nigeria as a limited liability company after taking over the assets of the British and French Bank Limited who had been operating in Nigeria since 1949. The United Bank for Africa merged with Standard Trust Bank in 2005 and from a single country operation founded in 1949 in Nigeria – Africa’s largest economy – UBA has become one of the leading providers of banking and other financial services on the African continent. The Bank provides services to over14 million customers globally, through one of the most diverse service channels in sub-Saharan Africa, with over 1,000 branches and customer touch points and robust online and mobile banking platforms.