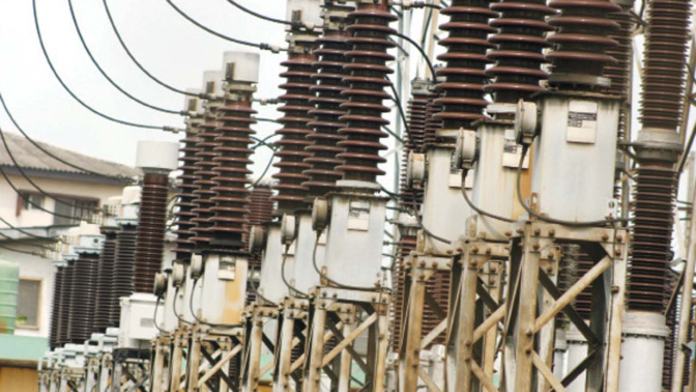 The announcement by the Nigerian Electricity Regulatory Commission (NERC), that Nigerians will witness another hike in electricity tariffs, without any corresponding improvement in power supply to justify such an increase, is outright provocation and unfair to Nigerians who are being compelled to pay more for darkness. A revised Multi Year Tariff Order (MYTO) signed last December 31 by NERC chairman, Sanusi Garba, and Dafe Akpeneye, Commissioner, Legal, Licensing and Compliance, indicated that the new 50% tariff increase took effect on January 1, 2021. The latest order, NERC/225/2020, supersedes the previous Order NERC/2028/2020. Tariff hikes without a corresponding increase in power supply is immoral. There is no justifiable basis for Nigerians to pay for what is not available. That is official daylight robbery. Needless to say the hike is callous, insensitive, anti-people, unacceptable and certainly not in the public interest. Nigerians need a respite from the prevailing unbearable economic hardship in the country under the Buhari administration.

The latest increase comes about four months after the last one, which was sternly but unsuccessfully opposed by organized labor, prompting a temporary suspension, which led to negotiations that ended up yielding nothing. NERC said it was embarking on the hike because of changes in inflation rate, foreign exchange, generation capacity and gas prices, among others. According to NERC, factors taken into consideration were: “14.9 per cent inflation rate rise in November 2020, foreign exchange of N379.4/$1 as of December 29, 2020, available generation capacity, US inflation rate of 1.22 per cent and the Capital Expenditure (CAPEX) of the power firms.” The order also covers the rate of increases to be paid by Nigerians between now and 2024, with a unit costing as much as N74 by then.

The increased electricity tariff; the umpteenth since the privatization of the power sector in 2013, is a sad commentary on Nigerian leaders, and their impervious disdain for their fellow citizens. This is totally unacceptable. In the wake of the economic meltdown engendered by the Covid-19 pandemic, there is absolutely no justification for compounding the people’s poverty and misery, by imposing on them an increased electricity tariff to compensate a corrosive, inefficient system. The logic of hiking electricity tariff as a precondition for private investor participation is certainly, not in the national interest. If the increase is aimed at pleasing investors, it is certainly injurious to the interest of Nigerians, as it amounts to subjecting them to more suffering, indeed double jeopardy. People are not supposed to pay for what is non-existent. The ideal thing is to work towards providing power first. Thereafter, it would be clear to all and sundry that there is a change that could warrant tariff increase. As it is, there is no guarantee that after imposing these new tariffs, there would be any corresponding increase in power supply.

At our pathetic level of underdevelopment, hiking tariffs without a corresponding increase in power supply is immoral. The fundamental question to be asked remains: why another tariff hike without any commensurate increase in power supply? Are Nigerians not suffering enough and why would the government consider adding to their heavy burden? This is official daylight robbery; aiding and abetting the exploitation of Nigerians by charging them higher tariff when electricity supply remains erratic, all in the name of transforming the power sector.

Some have rightly said that the greatest evidence of leadership failure is the embarrassing state of power supply. In short, what Nigeria is witnessing is a crisis in the power sector, created by failure of governance. Although, there have been efforts towards privatization, unbundling of the PHCN, these have not crystallized into improved electricity supply, which is all Nigerians want. It is regrettable that despite the much-flaunted reforms in the power sector, little has changed. Rather than improving, the situation has gotten worse. Between 1999 and 2007, the Obasanjo administration embarked on a reform program that focused mainly on independent power projects (IPP). Despite the $16 billion pumped into the power sector since 1999, amid many promises of increased electricity generation, no part of the country has constant and uninterrupted power supply.

In his inaugural address, then President Jonathan promised that power sector reform would be at the heart of his administration’s industrialization strategy. Thereafter, the Jonathan administration launched a bold “Power Sector Roadmap” that promised, among other things, a super transmission network, generation of additional 5,000 megawatts (MW), active exploitation of hydro, nuclear and coal power, and addition of 4,775 MW from the Independent Power Plants (IPPs). The medium term expectation was that by the end of 2013, the country would have attained 14,000 MW power generation capacity from the miserable 3,500 MW. When Jonathan left power in 2015 after spending billions of naira; power generation increased by an even more miserable 1,000 MW.

Buhari won the 2015 presidential election with pledges to increase power capacity exponentially during his first term to 20,000 MW and 50,000 MW within ten years. Total power output rose from 3,500 MW to 5,075 MW, but fell to 1,400 MW – far from the promised 20,000 MW which the governing APC party pledged in its manifesto for the 2015 elections. When Buhari came to power, the expectation was that there would be significant improvement in power supply. But rather than see improvement, power supply has dropped even more to the unbearable discomfort of Nigerians. According to the Nigeria Vision 2020 Economic Transformation Agenda, “the overall target for the power sector is to grow installed power generation capacity from 6,000MW in 2009 to 20,000MW by 2015 and 35,000MW by 2020.” Needless to say, the 2009 target has yet to be achieved in 2021. In any case, it is fraudulent to make people pay for capacity, rather than what is produced or consumed.

It is trite to state the very obvious multiplier effects of hiking electricity tariff, but it bears restating the wide-ranging negative implications that seem perpetually lost on Nigerian leaders. Notwithstanding claims to the contrary, an increase in the cost of power will directly push up the prices of goods and services. The burden on citizens is enormous, as they also have to battle with scarcity and high cost of kerosene, diesel and cooking gas. If the hike is aimed at pleasing investors, it subjects Nigerians to more suffering, indeed double jeopardy. People should not pay for what is non-existent. The ideal thing is to provide power first. Thereafter, it would be clear to all and sundry that there is a change that could warrant any tariff increase. As things stand, to claim that, after subjecting consumers to high tariffs, there would be commensurate increase in power supply, is a luxurious desire, and mere wishful thinking. Nigerians have heard similar commitments before that came to naught.

It certainly requires no magic to give Nigerians constant power supply. Nigeria is blessed with abundant sunlight, wind, rain, tides, waves and geothermal energy. These are natural energy sources that should be exploited to bridge the gap in electricity supply, particularly in the rural areas. As a developing nation, renewable energy should account for no less than 20% total power needs. No doubt, renewable energy is cheap and environmentally friendly. Nigeria needs 10 times its current output to guarantee reliable power supply. A long-term diversification plan should aim at developing a network of power plants, with a focus on solar power, hydro-electricity and wind farms. Despite holding the world’s ninth largest gas reserves, Nigeria produces less than a tenth of the power that South Africa provides for a population less than a third of the size. Underlying all the excuses for the dismal performance is the fact that some $40 billion has gone into several power reform drives in the last 20 years, much of it wasted.

Experts estimate it would take $2.3 billion a year for a decade to expand grid access. Instead of hiking tariffs, the Buhari administration should urgently begin to build a national gas grid that is Nigerian-owned or in partnership with credible private sector players within a public-private partnership. The grid can be built within four years, and should have capacity to handle gas volumes far in excess of the present limited domestic and regional demand. Such gas infrastructure will stimulate further domestic demand for expanding electricity requirements and various industrial purposes as well as facilitate domestic gas competition.

Without such a national gas grid, it would take a miracle to achieve the transformation of a country in perpetual black-out. Meantime, Nigerians have to pay for the failure of the system. In real terms, citizens are being extorted and defrauded as they are forced to pay for capacity, rather than electricity that is actually produced or consumed. As Nigerians suffocate under the yoke of high electricity tariffs and blackouts, President Buhari ought to be worried about public summation that the greatest evidence of leadership failure is the embarrassing state of power supply. The President must deliver on his critical promises to transform the power sector for history to judge him fairly. Right now, as far as power is concern, the dark days sadly, are far from over.

Paternity: Moyo Thomas Tells Her Story***I Never Told Tunde That He Wasn’t The Father Of My Children