The Economic and Financial Crimes Commission (EFCC), has reacted to a viral photo purportedly of recently arrested billionaire businessman Obi Cubana and its staff.

Head, Media & Publicity of the agency, Wilson Uwujaren, in a statement on Friday, November 5, described the report as fake and misleading imputation.

“The attention of the Economic and Financial Crimes Commission, EFCC has been drawn to fake news trending on social media with the caption, ‘EFCC Crew poses for quick photograph with billionaire socialite and businessman Obi Cubana'” the statement read.

“The caption is as fake as any fake news can ever be because, at no time during his ongoing investigation, period in custody or release did Obi Cubana pose for photographs with EFCC staff.

“Uncle Deji, a popular security analyst, using his social media handle, has further debunked the fake news, saying: This post is deliberately misleading, this picture was taken 7th October 2021 during a book launch of Colonel Chukwu Obasi at Nigerian Army Resource Centre in Abuja in which Obi Cubana attended as a guest”

“Members of the public are therefore advised to ignore the fake news and misleading imputation which has been traced to the social media account of Sabi Radio (sabiradio), which first went to town with the fake news at 1.06 pm on 5 November, 2021. Sabiradio’s watermark is telltale on the photograph.

“The Commission shall not hesitate to take urgent necessary steps to address this and other fake news seeking to drag EFCC’s hard-won name and professional reputation in the mud.” 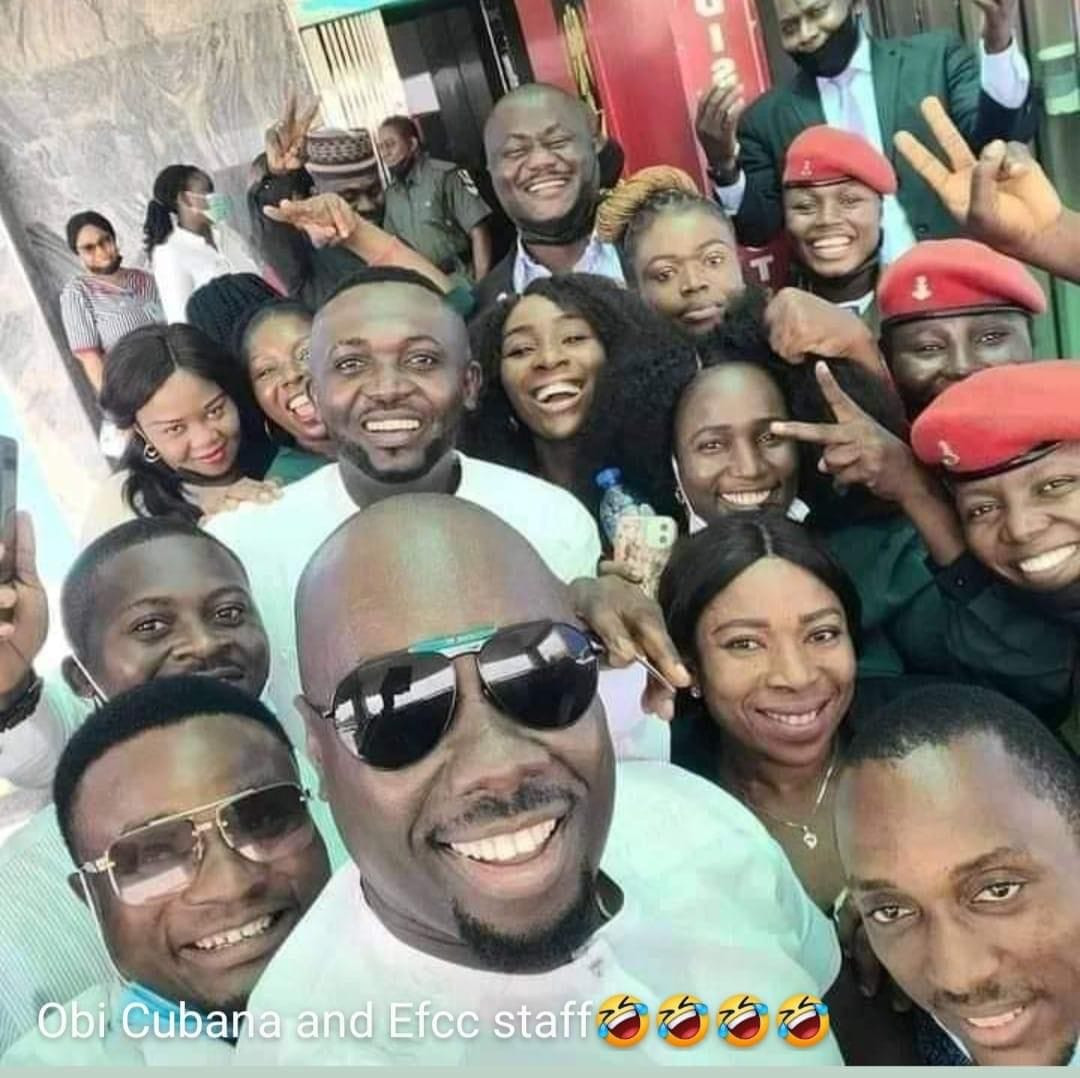 Related Topics:EFCCEFCC Reacts To Obi Cubana Reportedly Taking Photos With Its StaffObi Cubana
Up Next

Ikoyi Collapsed Building: All My Property, Assets Have Been Publicly Declared-Osinbajo