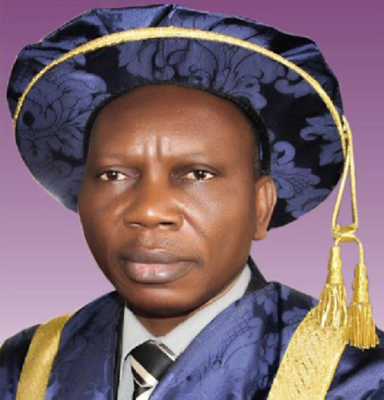 Professor Adebiyi Daramola, Vice Chancellor Federal University of Technology, Akure, Ondo State and the Bursar, Emmanuel Ademola Oresegun, were yesterday quizzed at the Iyaganku office of the EFCC in Ibadan in respect of an alleged case of Abuse of Office and misappropriation of funds reported against them.

According to the petition submitted to the Commision, it was alleged that the Vice Chancellor and the Bursar were involved in

“Corruption, Fraud, Criminal Breach of Trust, Unlawful Enrichment and Conversion of millions of Naira of the University”.

The Vice Chancellor allegedly drew Furniture Allowance annually instead of once in 4 years as approved and was paying himself Housing Allowance while residing in the University’s Vice Chancellor’s Quarters. The petition further alleged that he diverted funds from various unrelated subheads to finance other projects without the appropriate approvals for such.

They are still under investigations by the antigraft agency.

Grooming startups to survive in the Nigerian ecosystem