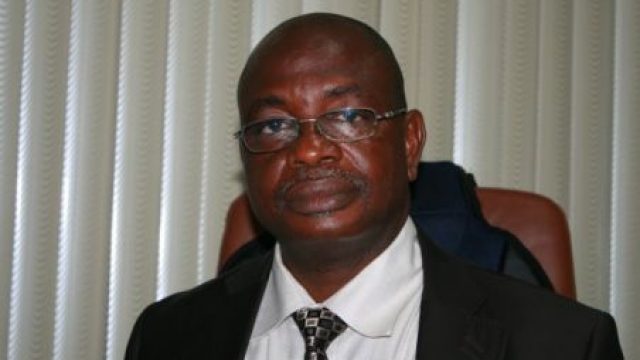 Secretary to Akwa Ibom State Government (SSG) Mr Etekamba Umoren, is torn between the devil and the deep blue sea.
Reason: He has been roped into the N24billion allegedly released by the former Minister of Petroleum, Diezani Alison Madueke, for onward distribution to members of Peoples Democratic Party, PDP, in the state to influence the outcome of last year’s presidential poll in favour of former President, Dr. Goodluck Jonathan.
The state government scribe was the Chief of Staff to the former governor, Senator Godswill Akpabio, when the sludge funds were rooted through his office for the prosecution of the polls which Jonathan lost.
The anti-graft agency, Economic and Financial Crimes Commission (EFCC) at its Port-Harcourt office, drilled on the whereabouts of the sum of N450 million he allegedly got from ex-minister, Diezani Alison Madueke.
EFCC is presently investigating how the sum of N2.4 billion was distributed by former oil minister Alison-Madueke to different state chapters of the People’s Democratic Party (PDP) to facilitate the bribery of election officials ahead of the general election in 2015.
A former military governor of the state, Air Commodore Idongesit Nkanga (rtd) was recently questioned on the allegations that he signed and collected the N450m cash believed to have been sent to Akwa Ibom PDP, accusations he had debunked.
Nkanga was quoted as saying that the money was taken to Government House, Uyo, and delivered to Etekamba Umoren who was chief of staff to former Governor Godswill Akpabio , now a minority leader in the senate.
Consequent on Nkanga’s claims, the SSG Umoren was served his letter of invitation last week to appear before the EFCC.
Nkanga was state coordinator of both Goodluck Jonathan and Udom Emmanuel campaign organisations for the 2015 election at the time.
The former Presidential Air Fleet Commander was also the coordinator of the state Subsidy Reinvestments Programme (SURE-P).
According to the allegation, his  photocopy of his identity card was allegedly used to acknowledge the receipt of the money in two separate tranches.
Officials of Fidelity Bank in Uyo however stated that the cash was offloaded in Government House, Uyo, under Umoren’s supervision and not in Nkanga’s house.
The EFCC, it is said, intends to subject the signatures said to have been signed by the former military governor to forensic analysis. The agency may also subject Nkanga, Umoren and the bank officials to a lie detector test.
-PointBlank
Post Views: 648