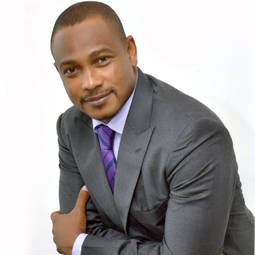 Prior to the commencement of President Muhhamadu Buhari’s anti-corruption fight, it was normal for an investigation to frizzle out.However, no more. Like they say a “new Sheriff is in town.” In fact, the Sheriffs are two. Presently, the unpleasant dour oozing from the investigation of First Bank Plc Executive Director, Dauda Lawal, by the Economic and Financial Crimes Commission (EFCC), has simply refused to disappear.This is a fact, as Lawal’s greed has nailed him. As it is, there is no solution in sight for his present troubles with the EFCC.Shocking and never released details of Lawal’s role in the multi-million dollar money laundering case involving former Minister of Petroleum, Diezani Allison Maduekwe have been revealed to www.theoctopusnewsmcom, as they show how Lawal who many say would do anything for money met his downfall. Although in the heat of the case First Bank Plc released a statement saying that Lawal collected the said money in his private capacity and not on behalf of the financial institution, this statement came as a rude shock to Lawal who had expected his bank to come to his defense.Our source, revealed how Lawal got into trouble because of greed.According to him, Lawal only got into trouble because he kept his loot a secret from his colleagues to avoid sharing. The source opined that had he declared it open within top management of the the bank and not taken it to another financial institution it would have been a different case altogether. Our source wondered how Dauda who was said to be the arrow head of the team which bought Port-Harcourt Sheraton Hotel for Dieziani with the crazy amount of money he collected from her could keep the deal away from his own bank and expected them to stand by him.Interestingly, Lawal has refuted claims by the EFCC that the amount he collected was not $25m. The whole drama has seen Lawal running from pillar to post to escape an impending doom and perhaps a jail term.Like a gambler seeking redemption after losing, Lawal is presently said to be away in Mecca to observe the lesser Hajj, where he hopes to prayed to God for deliverance from President Buhari anti-corruption fight and the no nonsense Ibrahim Magu-led EFCC.How Lawal will escape this dilemma remains to be seen.