eChurch.ng, a tech company that helps churches seamlessly digitize their technology processes and mobile community has received its first round of funding from Marek Zmyslowski, Managing Director of Jovago and Maneesh Garg, the group Chief Executive Officer of Nagode.

The company seeks to widen the engagement of religious institutions in e-commerce transactions across the country.

At present, eChurch offers an array of free cloud-based services, which include a secured Mobile Backend as a Service (MBaaS) platform (ePortal), an intuitive mobile application and a robust web application (ePage). ePortal is an easy to use content management system for the eChurch.ng mobile app and ePage is a web-based view for posts by churches. The official website is http://www.echurch.ng.

eChurch.ng was founded in February 2015 and has 15 large-scale institutions such as the Redeemed Christian Church of God using its services.

The team works round the clock to develop cutting edge technologies and to ensure that churches experience a hitch-free transition to eChurch.ng. In addition, our friendly customer service representatives are happy to offer assistance in case of any difficulty. The department can be reached by email: support@echurch.ng

How to stop your BlackBerry Passport from overheating 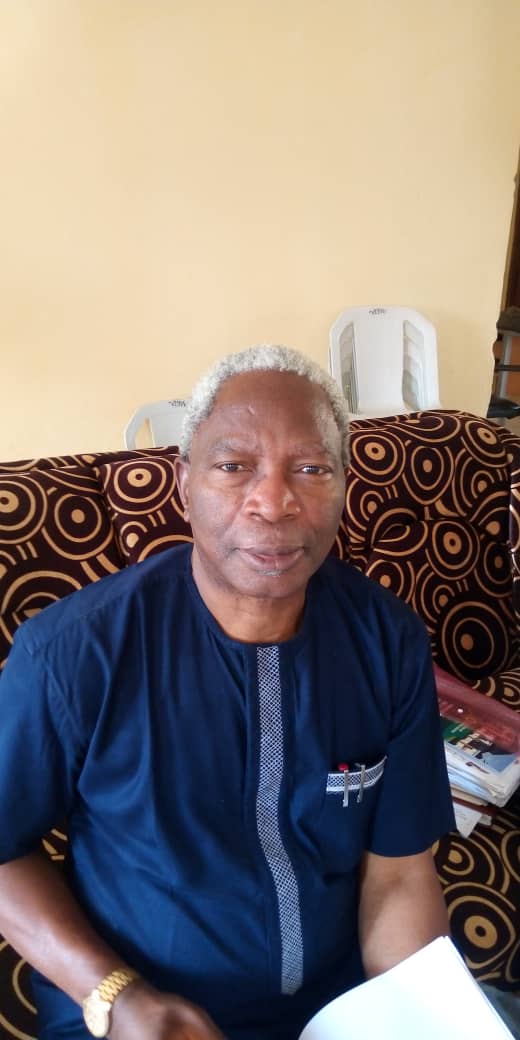 The National Executive of ODA, the umbrella body representing the Yoruba people of Kogi State, rose from its quarterly meeting of 18th January 2020 held in Isanlu, Yagba East LG, with some far reaching decisions.

In a communiqué released in Kogi State after the meeting, and signed by the National President, Barrister Femi Mokikan, the National Secretary, Pst Ayo Abereoran and the National Legal Adviser, Barrister Abimbola, the association stated that:

1) Legal, civil and criminal actions will be taken against anybody or group of persons parading themselves as representing the Association at National or Branch levels in any manner outside the provisions of the constitution of the Association.

2) No organisation or individuals shall henceforth undertake any event or function, for commercial or non commercial purposes, using the Okun name without the written approval of the National Executive Committee of ODA.

3) That the security situation in Okunland is still of serious concern. We commend the efforts of the State Government, other security agencies in the State, our Hunters and individuals who have collaborated with us in addressing the challenges we are often confronted with.

4) To further enhance the effectiveness of our efforts, we believe the time has come for us to set up our own Okun Security Trust Fund (OSTF). Towards this end, a committee is working on the details and other modalities and the outcome will be announced as soon as their report is approved.

5) We received with excitement the creation of the AMOTEKUN Security outfit at inter governmental level to address the security challenges of the SW States. This provides us in ODA an opportunity to explore the possibility of raising our security collaboration with the SW Yorubas to another level. We shall not relent.

6) As part of possible measures to reduce unemployment, we appeal to Okun Sons and Daughters with means and the entrepreneurial profile to come home and establish businesses with potentials to absorb people into paid employment.

7) The presence of a Community Radio is a powerful means of social and cultural reengineering in any community. The ODA will explore every opportunity/possibility, through appropriate individuals, to ensure that Okun Radio becomes a reality.

8) To further give teeth to the ODA, the Okun Council of Elders is to be reconstituted within the shortest possible time. We, on behalf of all Okun people thank our fathers and mothers who have served meritoriously on the Council
9) We appeal to our politicians to stop meddling with the affairs of the National Association of Okun Students so as to permanently put an end to the divisive tendencies that continue to plague the body. What we need is unity at all levels.

10) That the Miss Okun Pageant is a proprietary asset of the Okun people.

Therefore the process of selecting the successful candidate to wear the Miss Okun Crown will henceforth be under the umbrella of ODA. This is without prejudice to any groups or individuals that may wish to initiate, organize and own their own beauty pageants, provided the word Okun is not reflected in the appellation of such pageant.

Speaking further on the Communique, the National President, Barrister Femi Mokikan, appealed to the Federal Government to urgently rebuild all the federal roads in Okunland that are in a deplorable condition. The association President said most Okun communities are now “landlocked”.

Newly sworn-in Governor of Imo State, Hope Uzodinma has revealed that the People Democratic Party (PDP) is trying to impeach him.

Gov. Uzodinma stated that a secret plan is in place by the opposition to incite the members of the House of Assembly to initiate impeachment proceedings against him.

Warning PDP members in the state to desist from false propaganda, mischief-making, and malice against him, he said that they will face the wrath of the law if the refuse.

Gov. Uzodinma’s alarm and warning followed some media reports that the Federal Government has failed to make any comment on his alleged $ 12 m (N 4.3 bn) fraud case as well as the travel ban on him.

“We know the game plan of the PDP because we are aware that they have been secretly inciting Imo State House of Assembly members to think of how to impeach the governor. So they are trying to rake up anything they can, even falsehood, to incite the public,” the statement reads.

The governor disclosed that he had already briefed his lawyers, who he said were studying the publication for appropriate legal action. He said the media publication, which tried to raise dust about him on old allegations, had been long settled and dismissed as a non-issue.

The publication had claimed that the Presidency was keeping mum over allegations of non-assets declaration, dud cheque and travel ban against the governor.

The statement accused the PDP members in the state of sponsoring the publication “even when they are aware that there is no iota of truth in the allegations”.

The statement added that the allegation was sheer mischief and malice borne out of frustration because “they know very well that the assets declaration allegation was fallaciously contrived by the disgraced former Chairman of the Presidential Panel on Recovery of Public Properties, Mr. Okoi Obon-Obia which has been thrown out by the court”.

On the issue of the so-called travel ban on him, Uzodimma clarified that he had travelled twice out of the country and had no impediment according to the demands of his office.

On the so-called dud cheque allegation, the statement added that it was a non-issue that had long been dismissed by the courts and had nothing to do with the governor. 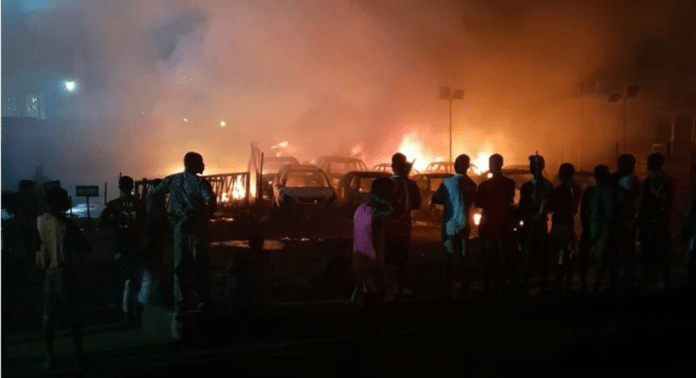 The Abule-Egba, Lagos pipeline fire which started on Sunday night has been put out by firefighters and emergency responders.

The Lagos State Government revealed this in a tweet on Monday.

After several hours of intense fire fighting by the combined teams of Lagos Fire and other agencies, the fire at Ile Epo Ekoro Road, Abule-Egba Inwards Baruwa in Alimosho LGA was successfully put out,” the tweet said.

“By 9pm the fire was curtailed and by 11:30pm it was put off. Having contained the area at 11:30pm, an enumeration of the vehicles and properties that were involved this morning commenced.

Houses and vehicles were also destroyed in the inferno.

“My thoughts and prayers are with the families & businesses affected in the unfortunate incident at Abule Egba. We are thankful for the brave members of LASEMA and our fire service that swung into action working all night to reduce the impact. Pipeline Vandals will be shown no mercy.

“We must work together to ensure man-made incidents like Abule Egba are avoided. Security and information gathering along volatile corridors will increase and a stronger synergy with communities must happen. We all have a role to play,” he said.