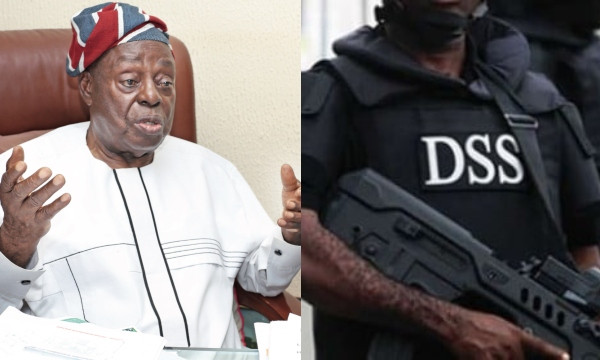 Renowned legal practitioner, Afe Babalola, has described the primary responsibility of the DSS as information gathering.

The Senior Advocate of Nigeria (SAN), added that the DSS was not empowered by the law to make arrest. 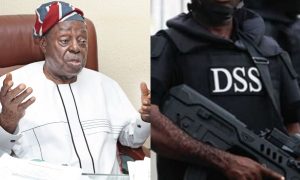 Babalola made this known while appearing as a guest on Channels Television’s News Night.

According to him, the DSS constitutional job description is to gather information that might threaten the sovereignty of the nation, which they relay to the President.

He made the disclosure while querying President Buhari over the raid of judges’ homes carried out by DSS operatives in 2016.

Recall that while the Secret Police blamed the raid on receiving intelligence that some judges stashed large sums of currencies in their homes, it led to an outcry from various corners.

Afe Babalola who maintained that the law outlined ways to deal with erring judges, added that the raid created fear in some judges from delivering judgement without fear or favour.

“The DSS duty in law is merely to gather information and give it to the President and all that. They are not to arrest.

“There are rules, laws of dealing with judges when they commit an offence. That has not been followed.”

Related Topics:Afe BabalolaDSSDSS Has A Primary Job Of Information Gathering Not To Make Arrest-Afe Babalola
Up Next