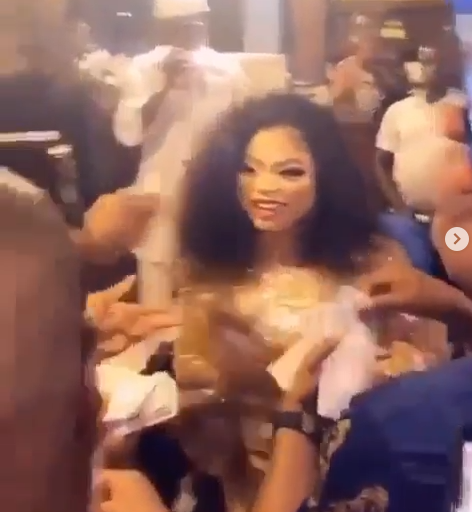 The memories of how the birthday party of crossdresser Bobrisky ended up last year remains fresh in the minds of a lot of people.

Then, following a lot of publicity and a faceoff with the Director General of the Nigerian Council of Arts and Culture, Otunba Segun Runsewe, the Lekki venue of the party was sealed by policemen.

With the party sealed the crossdresser went to town with details of how she lost millions due to the  cancellation of the party.

This year, Bobrisky has achieved the dream which was crashed last year, as she celebrated a lavished birthday party on Saturday, August 31.

Learning from last year’s experience, the party was held at an undisclosed location.

The secret birthday party described as a reign of money held at a beach house. It was attended by Mompha, Lolu, Leo Dasilva, Anita Joseph’s husband MC Fish, DJ Consequence and many others. 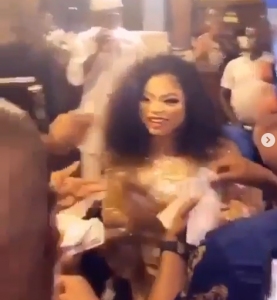 We Have Made Peace, Muhammed Babangida’s Ex-Wife Says