Some members of the Peoples Democratic Party (PDP) National Working Committee (NWC) have returned about N122.4 million to the party.

Those who returned the money, claimed that it was paid into their accounts without their knowledge.

The money was said to be part of the over N10 billion realised by the party from nomination fees paid by aspirants.

While Adagunodo, Orbih and Effah-Attoe got N28.8 million each, Arapaja was paid N36 million.

See their letters below; 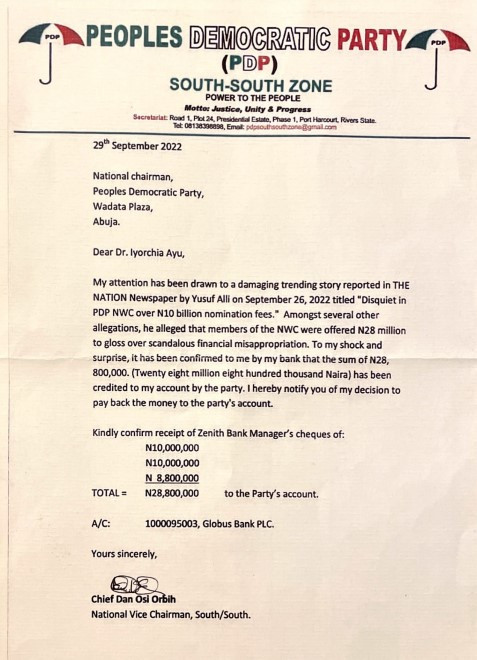 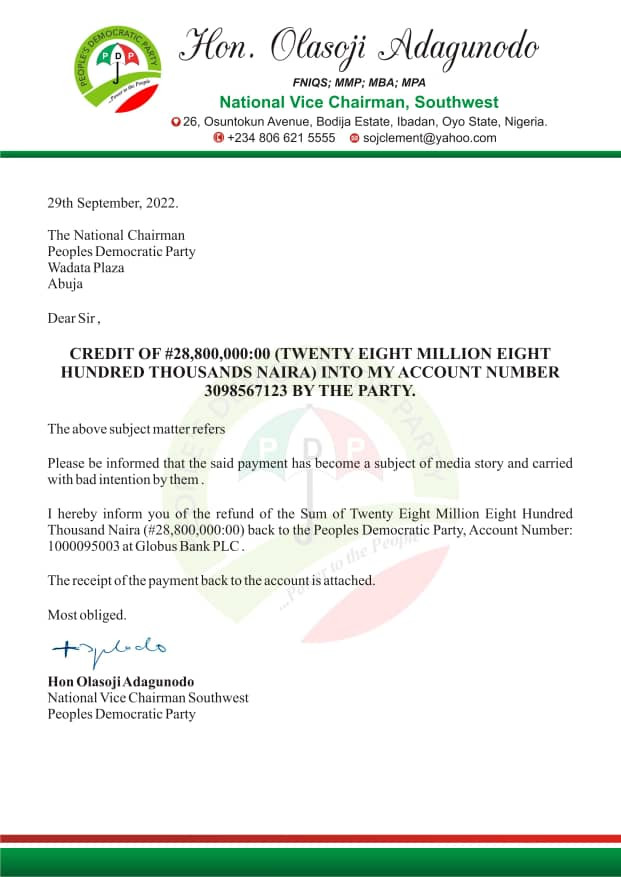 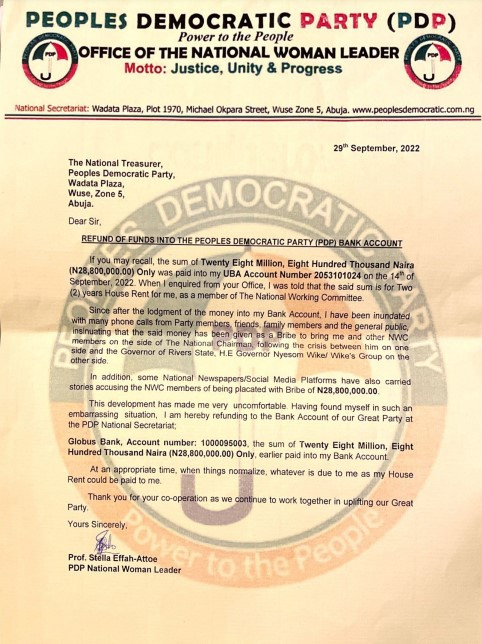 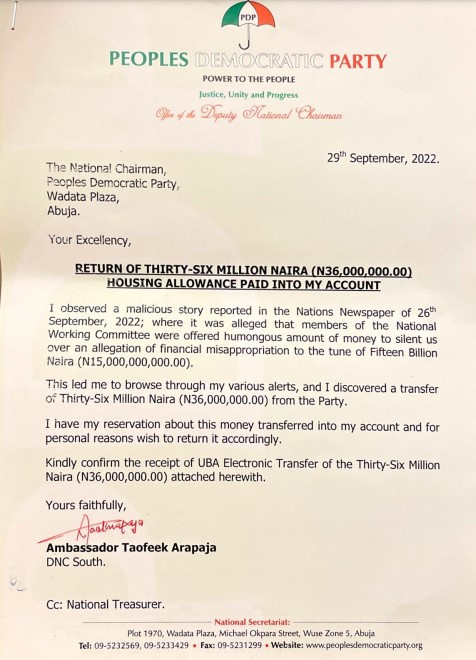