Popular singer, 2baba, has been going through a lot with his wife Annie Idibia in recent times.

The issue which appeared to have been settled appears not to be over yet, as the singer has insinuated that he has something up his sleeves.

This follows a cryptic post which he shared on his IG page, after his babyama, Pero Adeniyi, announced a N500 million lawsuit against Annie.

While the singer’s move can not be categorically deciphered, he seems to have something on his mind as his post insinuated, especially as he shared a photo of himself and his wife and wrote:

“Together or not, it shall be well, nobody be God.” 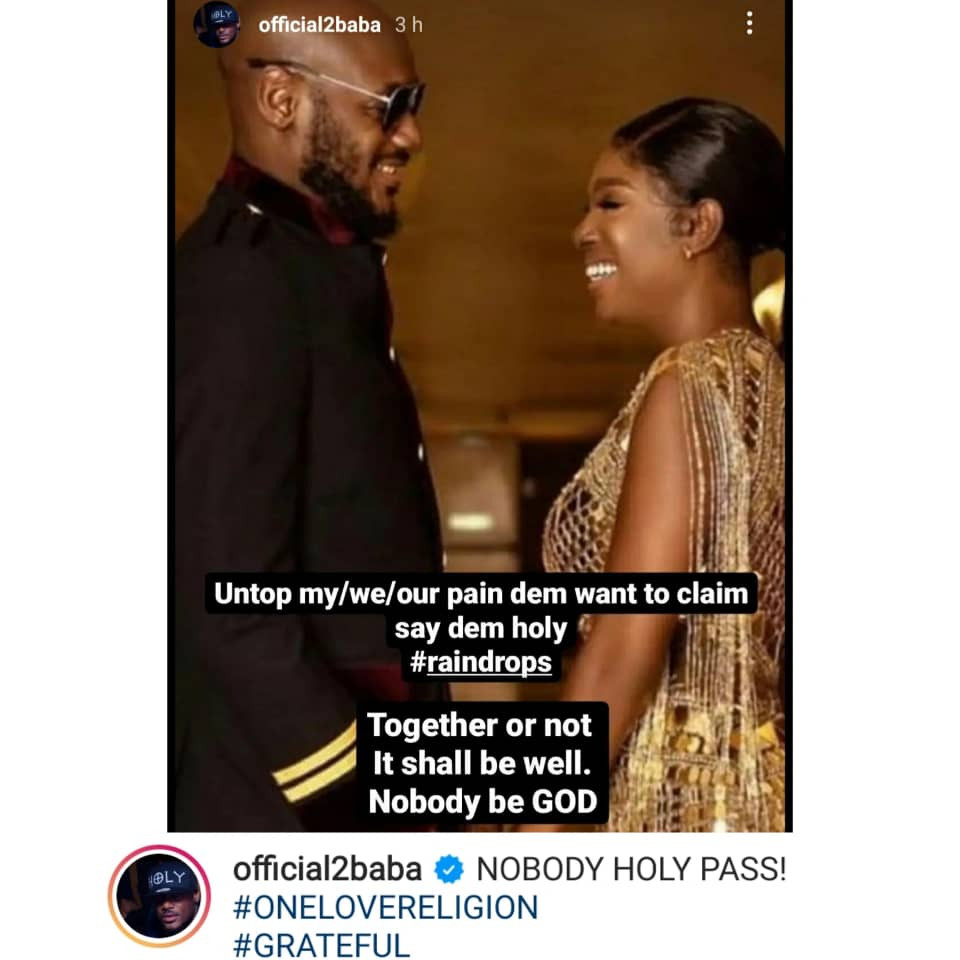 Why I Don’t Believe In Heaven Or Hell-Samklef