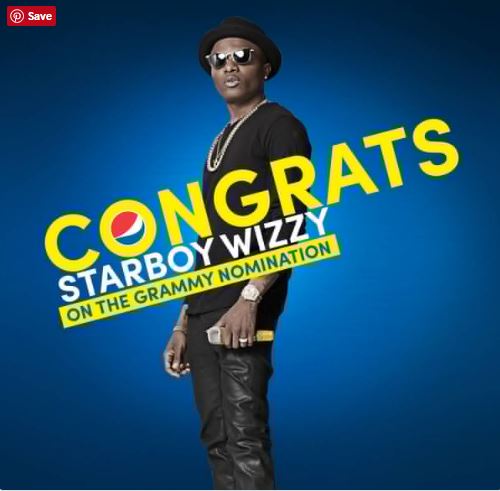 ***Drake’s “One Dance” not nominated in Grammy Award 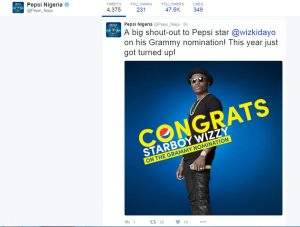 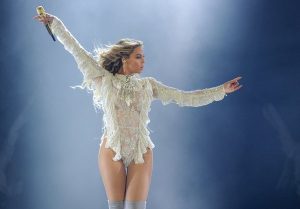 Beyonce one of the top nominees of the award.

A global brand like Pepsi Nigeria is expected to get its fact right before announcing or riding on misinformation.

This is what Pepsi has done, as it has ridden on the misinformation that Nigerian Star Boy popular as Wizkid has been nominated for a Grammy Award.

This, www.theoctopusnews.com can authoritatively report is an imagination of a lazy brand like Pepsi, as Wizkid has no nomination in the 59th Grammy.

Contrary to the Tweet that Drake’s song “One Dance” which featured Wizkid was nominated for a Grammy Award, it wasn’t. 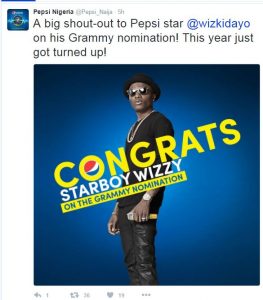 The only Drake nomination in the Grammy is for his album “Views”  which falls under the category of “Album Of The Year” and his song “Hotline Bling”.

Interestingly, international music pundits have frowned at the omission of ” One Dance” from the Grammy nomination describing it as surprising.

Those who have digested this publicity stunt launched by Wizkid’s team only needs to ask in what category was the singer nominated for the Grammy Award or does Wizkid want to take credit for the album of Drake?

Another question which also needs to be answered is was Wizkid nominated under the “Co Producer” category, as a lot of people are erroneously saying because he was a co-producer on Drake’s album titled “Views” he automatically gets a nomination. This is false and Wizkid has no nomination in the 59th Grammy Award.

The 59th Annual Grammy Awards ceremony will be held on February 12, 2017. The CBS network will broadcast the show live from the Staples Center in Los Angeles.

KSA Takes Over Lagos With “Sunny On Sunday”