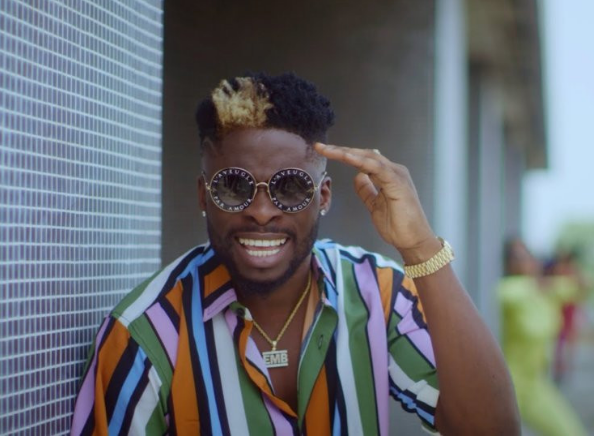 Davido’s official Disc Jockey, DJ Ecool, has explained why he skipped Burna Boy’s part in a song he made with Zlatan at Davido’s concert in the United Kingdom.

Explaining his position after being dragged on social media, DJ Ecool said that it was a clear instruction from Zlatan.

He went on to share a chat from Zlatan on what to do during his performance.

The event reportedly took place during Zlatan’s performance at the show. 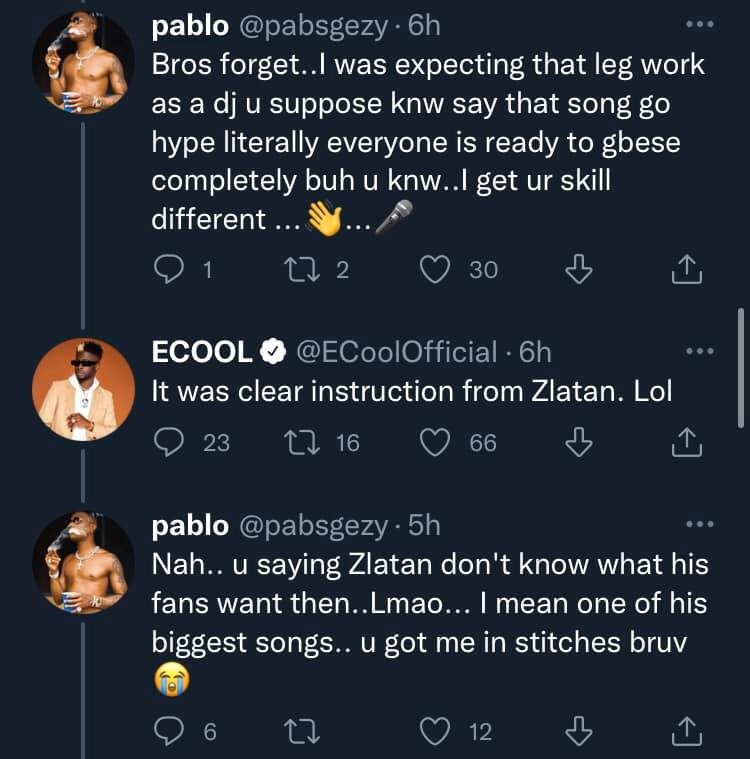 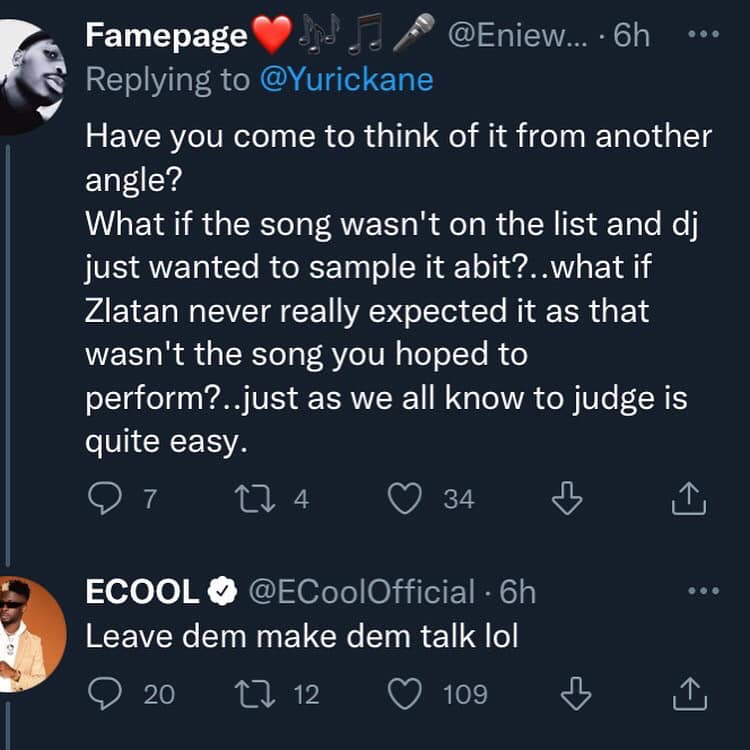 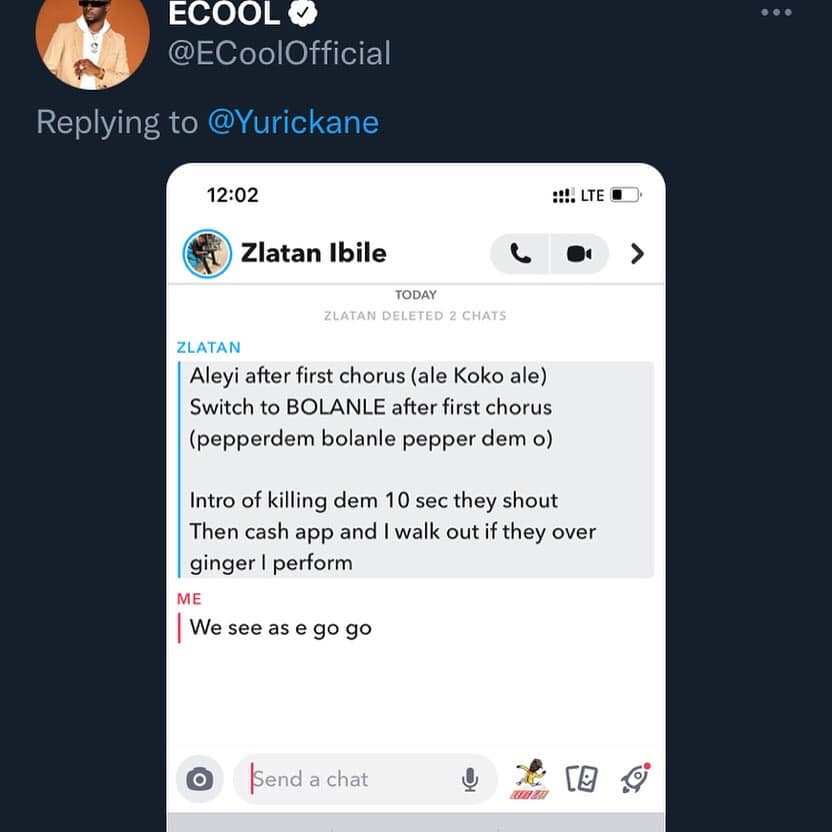 Related Topics:Burna-BoyDJ EcoolDJ Ecool Explains Why He Skipped Burna Boy’s Part In Song With ZlatanZlatan
Up Next