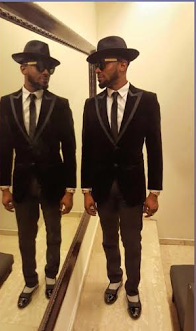 Last week, stories that Oladapo Oyebanjo popular as D’banj was yet to pay up a N100 million judgement debt a court had imposed on him in facour of a technology company identified as  MindHub Technologies reared its head.

Reacting via social media Twitter, the singer denied the stories as mere speculation.

While D’banj continues to deny the story, his critics have continued to question his position on the matter drawing attention to court papers that have also been in circulation.

The unpaid debt is said to date back to 2012. When the speculation initially started, D’banj kept mute only to react when it recently returned.

Related Topics:D'banjD'banj insist he is not owing 100mIs D'banj broke?slideshowTech Hub
Up Next

Tekno To UK Fans: I Will Return For A Proper Show