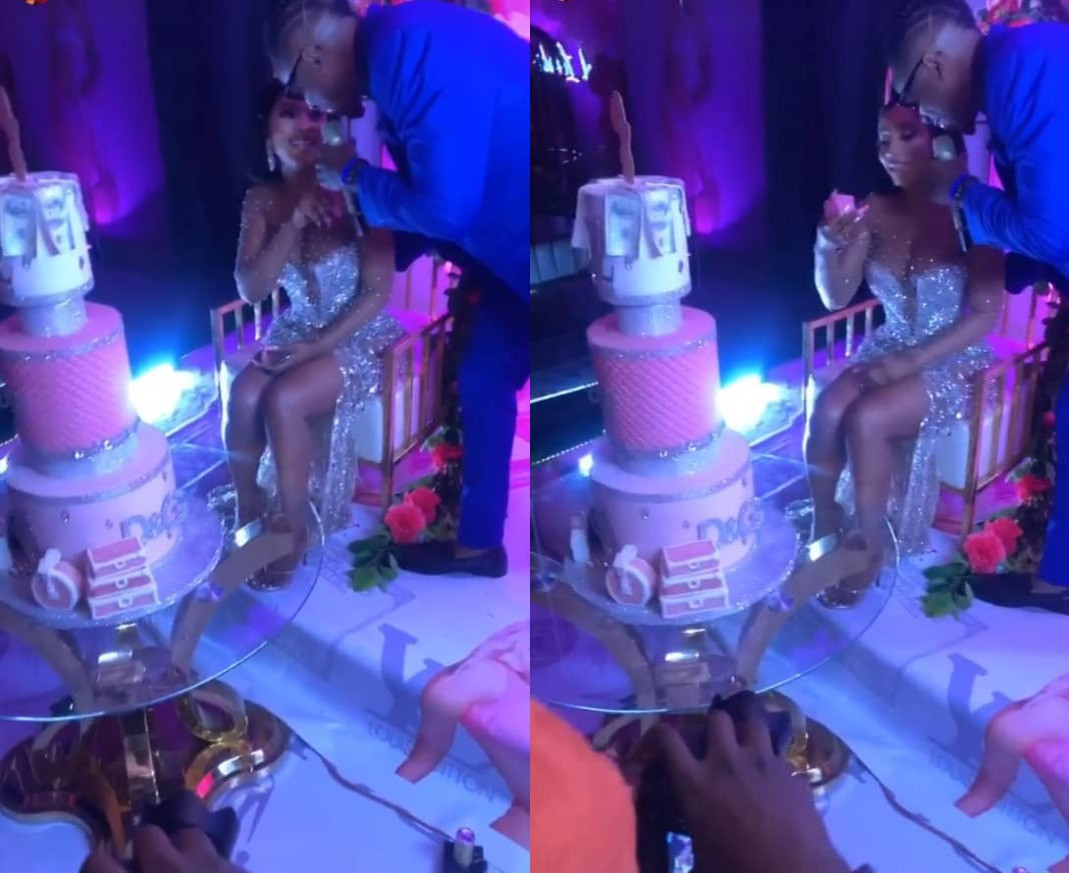 One question a lot of people are seeking an answer to is the possibility that Ike the boyfriend of BBN 4 winner, Mercy Ekeh, changed his mind about proposing to her.

Recall that Mercy celebrated her 27th birthday days back and had invited several A-list stars.

During the celebration, Ike her love interest from the reality show had approached her with a small pink-coloured box and many thought that he was about to propose to her.

However, Ike did not perform the bent knee tradition associated with proposals, opting to just bend over. He was also heard telling Mercy that they would talk later.

Questions about his not being certain of her response have now been thrown around, as many wonder if he changed his mind about proposing to her.

Related Topics:BBNDid Ike Back Down On Proposing To Mercy Ekeh?IkeMercy Ekeh
Up Next

Post BBN: Nengi Speaks On State Of Relationship With Ozo