One of the many ex-girlfriends of Nigerian entertainer, Oladapo Daniel Oyebanjo popular as D’banj has gotten married.

Adama Indimi who dated D’banj on and off in 2012 got married to a Kogi prince, Malik Ado-Ibrahim, in a Nikkai ceremony that held on Saturday, August 8.

The ceremony held at the palatial home of Maiduguri, Borno State-based father of the bride; Mohammed Indimi.

Malik is the heir to the Ohinoyi of Ebiraland in Kogi State and Adama is the boss to a travel and tour company. In 2015, three years after the duo parted ways, D’banj announced he was still in love with his ex-girlfriend Adama when he wished her a Happy Birthday.

“Happy Birthday to this very beautiful and extraordinary woman, She’s 1 in a life time..my best friend, my closest and best ally, my beautiful princess the Queen of my heart have a blast my dear. I love you very much babe. Muah!”

At a point, there were reports that D’banj was set to propose to Adama, but it never saw the light of the day before he finally settled down with Didi Kilgrow in 2017. 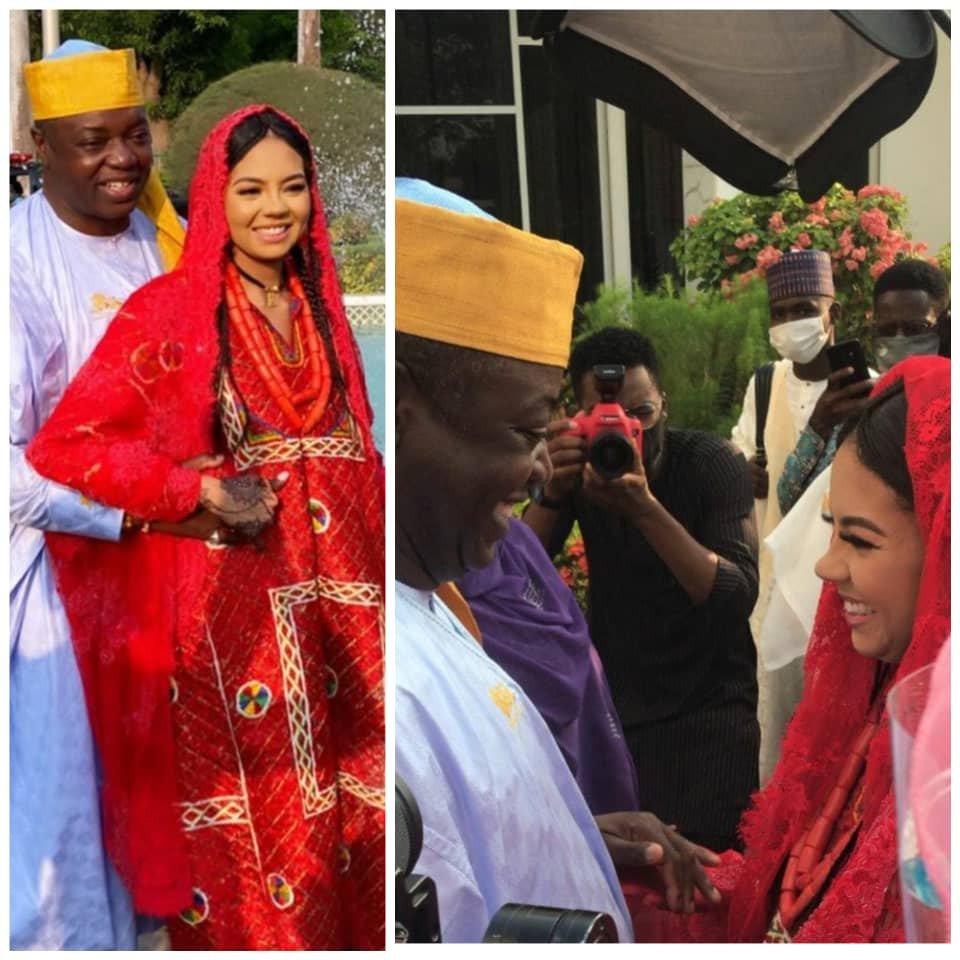 Adama Indimi with her husband Malik at their Nikkai ceremony
Post Views: 2,090