The bulk of Davido’s fans have only seen the picture of his daughter Imade on social media. 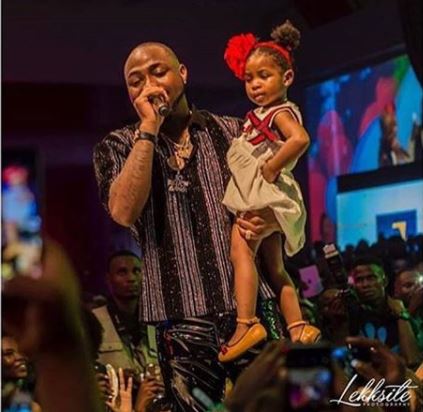 Hardly, would any of them come out and categorically say that they have met Imade, Davido’s official first love child.

The singer ended that problem for his fans days back when he unveiled her to concert goers during his First Bank Plc-sponsored 30 Billion Concert.

The boss of Davido  Music Worldwide (DMW), was performing on stage when he asked for his daughter to be brought to him basically unveiling her during the concert.

The girl, is the singer’s child from Sophie Momodu, the niece of the Publisher of Ovation Magazine. He has another child from an American.

You Must Be A Dirty Local Person, Fan Tells Davido