Singer, Davido, has announced plans to give 20 Nigerians 20 million each.

He announced his plan via Twitter on Tuesday, March 16, saying that he plans to give out the money by Friday, March 18.

According to him, since the government had failed the people, it is now left for the people to help themselves.

He urged Nigerians to send in their business or start-up ideas. 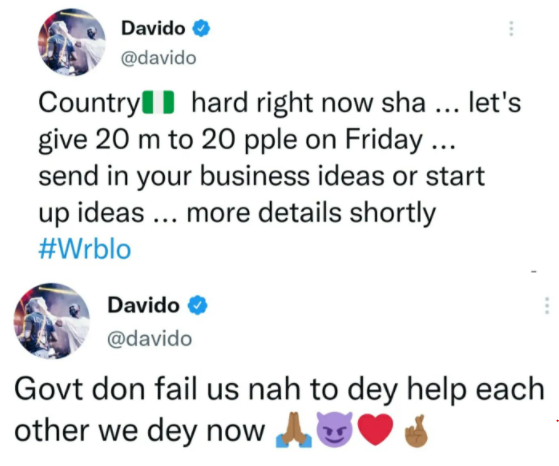 Related Topics:davidoDavido To Gift 20 Nigerians N20m
Up Next

Virginity: I Am Not A Role Model, Eva Alordiah Says