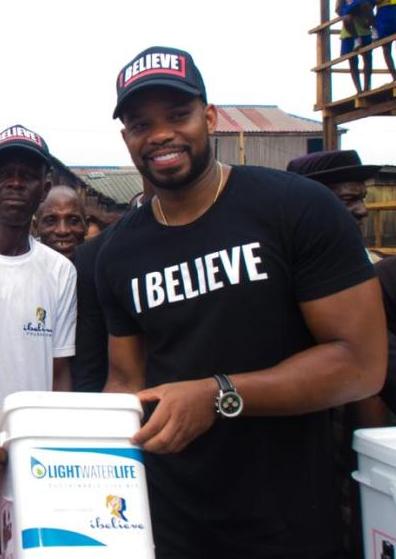 Some men are driven by business interests, while others are more interested in the act of philanthropy.

David Imonitie, an extraordinary gentleman with a heart of Gold is interested in the latter, hence he continues to reach out to underprivileged children, deserving families in need, and orphaned children scattered in different parts of the world via his ‘I Believe Foundation’.

A platform known to have achieved a lot in America since its establishment in 2003, Imonitie is sharing the goodwill that he has been extending around the world to Africa, hence a recent launch of his ‘I Believe Foundation’ in Nigeria at a colourful event which held at Radisson Blu, Ikeja, Lagos, Nigeria. 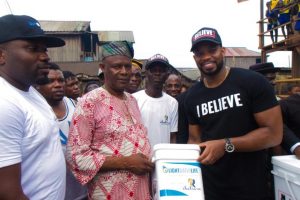 With an office in Lagos Island, the heart of Lagos State, Imonitie is extending a helping hand to the less privileged in his fatherland through Scholarship Packages, Clothing Drives, After School Tuition, Food Drives, Vocational Skills Training, Health Matters among others.

Though still new in Nigeria, Imonitie through the ‘I Believe Foundation’ hopes to consolidate on his works internationally, and align with other organisations including the office of the Cultural Ambassador to His Imperial Majesty, Ooni of Ife, Oba Eniitan Ogunwusi and the Ojaja Foundation with the aim of raising young children above the poverty line via well-crafted programmes.

Indeed, Imonitie via his foundation is leaving indelible marks in Nigeria, aiding and equipping less privileged children to be able to function in the ever dynamic world.

Scheming, Shenanigans Takes Over As Battle For Oniru Throne Gets Heated