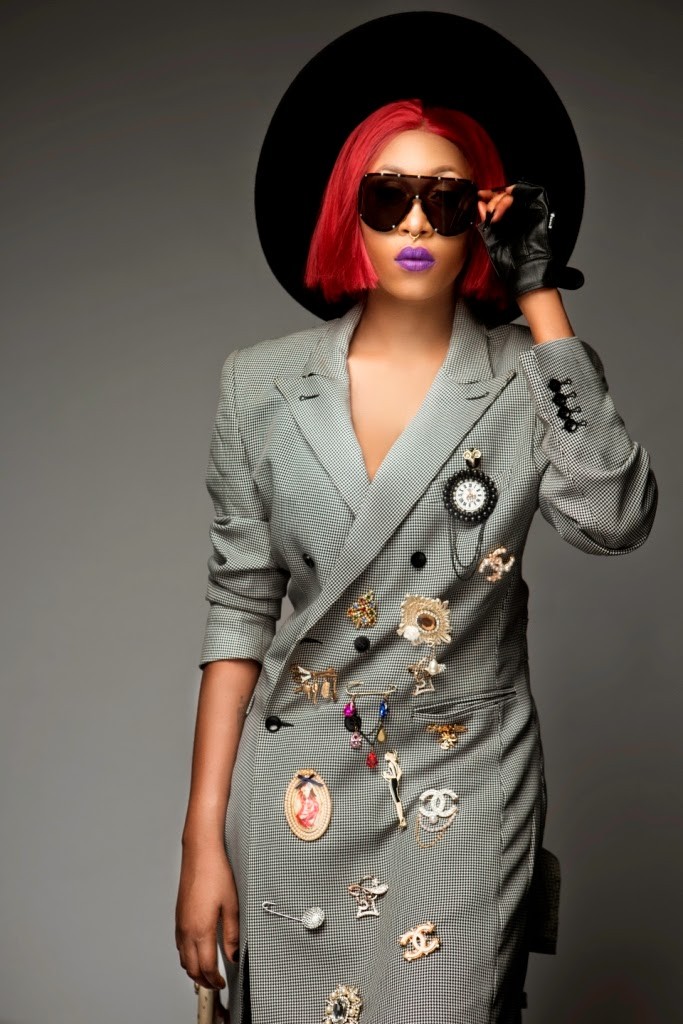 Dancehall singer, Cynthia Morgan, has explained the start of her face-off with ex-manager, Joy Tongo.
Speaking in a new post on social media, the singer who also called out her former record label boss, Jude Okoye alleged that her rift with Tongo began after she borrowed her N300k.
According to her, her former manager never wanted to pay back.

Cynthia Morgan also claimed that Joy lived in her house for free for a year and always took Jude’s side each time they had an issue because she was “fine with every mess thrown at her as she already had 50 percent of the recoupment that was supposed to be hers”.

Claiming that she was naive and never read her contract agreement, she accused her ex-manager of bringing it and explaining its original meaning when she challenged her.

She accused Tongo of being a snake and a witch.

Cynthia Morgan who stated that she can’t wait to catch some people in real life, added that she thought Jude was ignorant but never knew she (Cynthia) was the ignorant one. 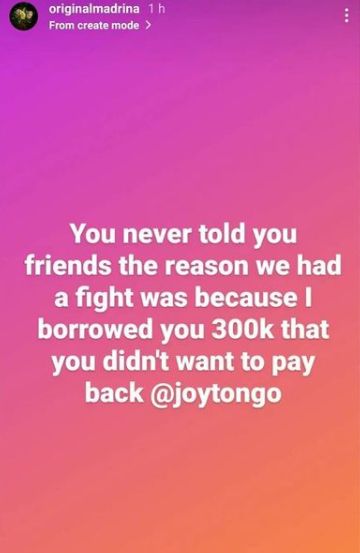 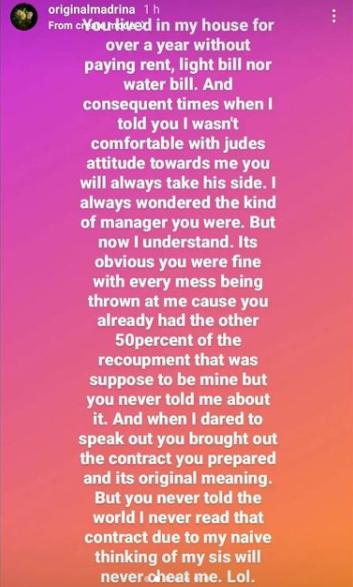 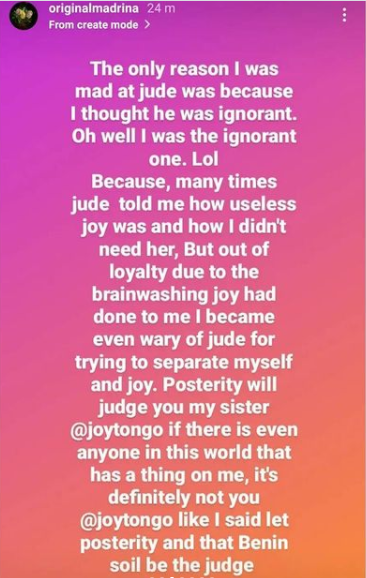 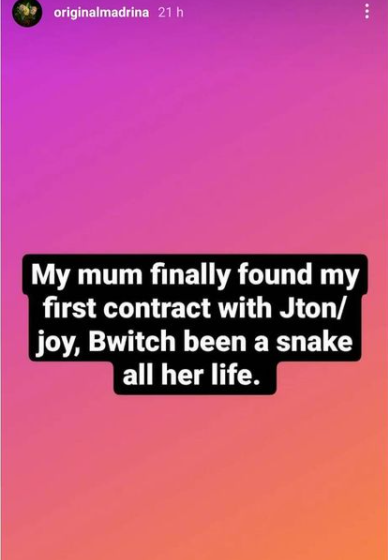 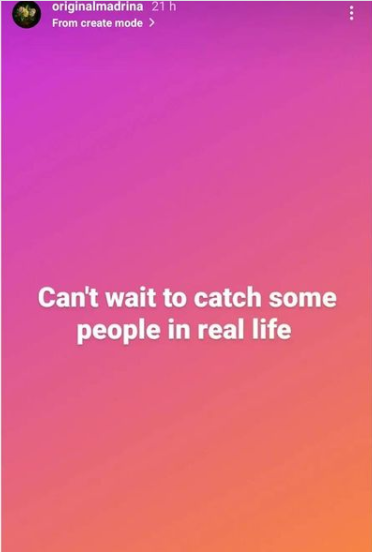