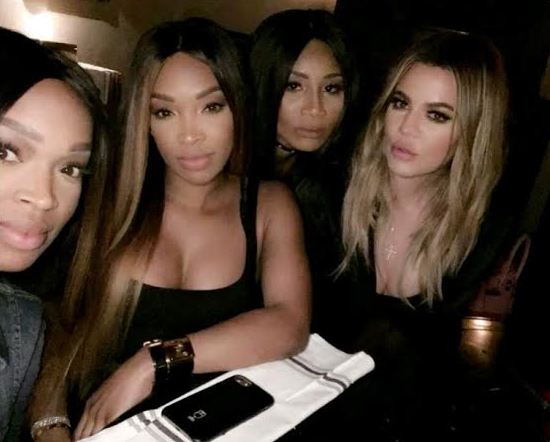 Abisola Kola-Daisi, one of the daughters of Oyo State Governor, Abiola Ajimobi, has come under serious criticism following a recently released picture.

The picture which depicts Abisola, Khloe Kardashian, Malika and Khadijah Haqq in Los Angeles has been described as fake.

While the daughter of the Governor and the celebrities appear to be friends hanging out, her critics have said that she only asked for a selfie with the celebrities.

Questions concerning the age disparity of Abisola and the other trio have also been asked.

Nigerians are not new with taking pictures with celebrities abroad, while creating the impression that they are their friends.

If this is what applies here however remains unknown.