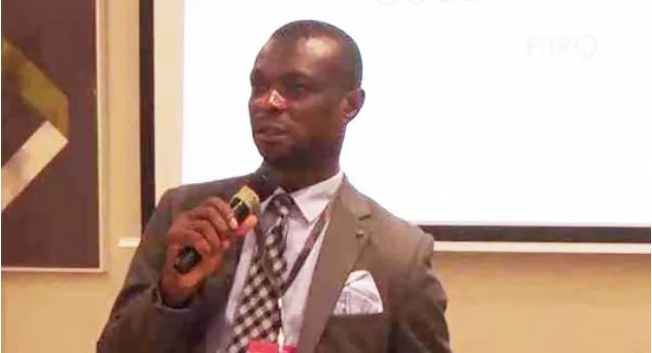 There is serious condemnation at the Federal Institute of Industrial Research Oshodi (FIIRO), Lagos.

This follows the promotion of the agency’s embattled ex-director-general (DG), Chima Igwe, as a departmental head.

The promotion is in total contravention of the recommendation by a panel set up by the office of the Head Of Service (HOS) of the federation, Folashade Mejabi Yemi-Esan.

The panel had recommended and approved the demotion of Igwe to the position of  Chief Researcher.

Igwe’s promotion said to have been allegedly sanctioned by the Minister of Science, Technology and Innovation, Ogbonnaya Onu, and contained in an internal memo dated March 21, 2022, was signed by the Acting Director, Human Resources Management and Administration, C.A. Ibe.

The memo titled, “Reverting to Status Quo on the Position of Dr Chima Igwe as Director, Chemical, Fibre and Environmental Technology Department, read in part: “I am directed to inform you that following the recommendation of a report of the ministerial committee on the Federal Institute of Industrial Research Oshodi, the directive of the Governing Board and the approval of the Minister of Science, Technology and Innovation, the status quo on the position of Dr Chima C. Igwe is hereby maintained. Consequently, all staff under the above-named department are expected to comply accordingly. Kindly note, for the sake of emphasis, that Dr Chima C. Igwe remains the substantive director of the department.”

Meanwhile, Igwe is still being prosecuted at the Ikeja Special Offences Court in Lagos by the Independent Corrupt Practices and Other Related Offences Commission (ICPC).

Igwe, who is being tried on three count charges including certificate forgery, however, pleaded not guilty when his trial started in November 2021.

Interestingly, the agency’s branch of the Senior Staff Association of Universities, Teaching Hospitals, Research Institutes and Associated Institutions (SSAUTHRAI) has condemned what it described as “a clear demonstration of impunity on the part of some officials of government.”

According to the union’s chairman, Mumeen Togunde, the commitment of the workers towards restoring sanity to the research institution will not be allowed to be compromised.

Mr Togunde said since his demotion, the embattled official had failed to resume work but “turned the minister’s office to his place of work where he is busy lobbying for his reinstatement.”

“But I can assure you that this impunity will not be allowed to stay. We fought tooth and nail to expose the fraud, we cannot rest on our oars now when the matter is still in court,” he added.

He said it was not clear if the official had refunded the agency as recommended by the probe panel, insisting that the position being recommended for the demoted official is meant for a senior officer.

In Igwe’s ongoing trial, ICPC told the court that the embattled officer did not defend his doctorate thesis, and is not qualified for the position he was offered.

In February, a prosecution witness and an investigator with the ICPC, Vera Esideme, told the court in February how the investigation was conducted.

Ms Esideme explained that one Mr Olusanya (late) was sent to the university where Mr Igwe claimed to have acquired the doctoral degree in the Benin Republic “to enquire about the certificate and our findings revealed that the defendants completed the coursework in 1999-2002 but, however, failed to defend his thesis publicly.”

“He did not actually obtain the certificate which he presented to FIIRO in 2002, which he used in getting to a level of a director in FIIRO and which also gave him the privilege of even being an acting DG of FIIRO,” Mrs Esideme said.

She added that; “Also, he applied to the university for him to be enlisted to defend the thesis as it was a condition for him to be issued a certificate and the findings also revealed that they had given him a date to make a public defence but he did not go for it.”