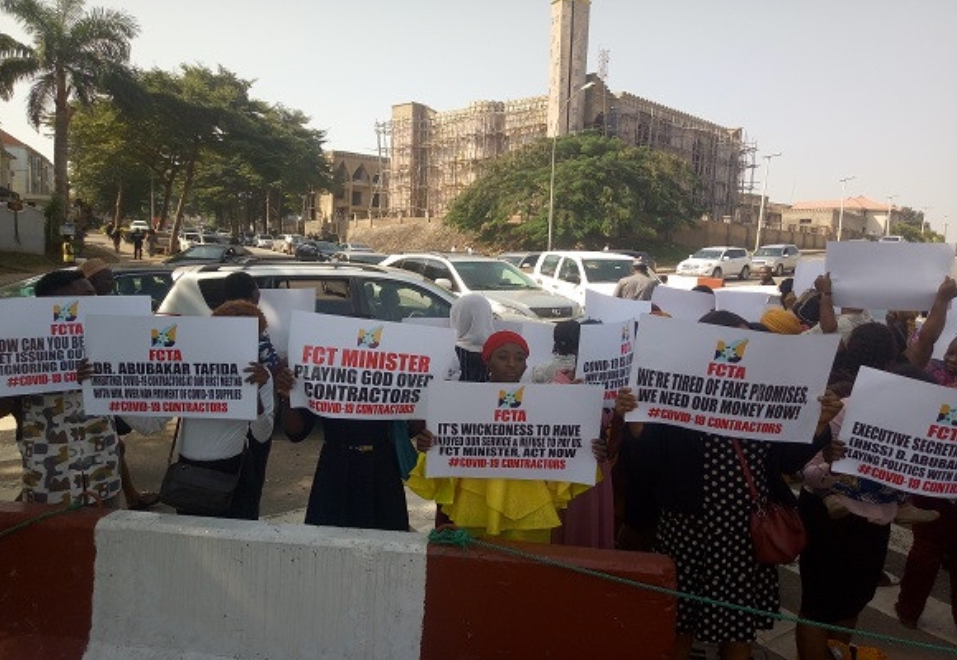 Contractors believed to have supplied COVID-19 medical equipment and other items to the Federal Capital Territory Administration (FCTA), have embarked on a peaceful protest.

The contractors are protesting in Abuja over non-payment of the money they’re being owed since 2019.

According to Nation Newspaper, the protest which took off today, Monday, October 17.

The contractors reportedly blocked the entrance gate of the FCT Minister, causing gridlock and preventing vehicles from gaining access to the FCTA secretariat.