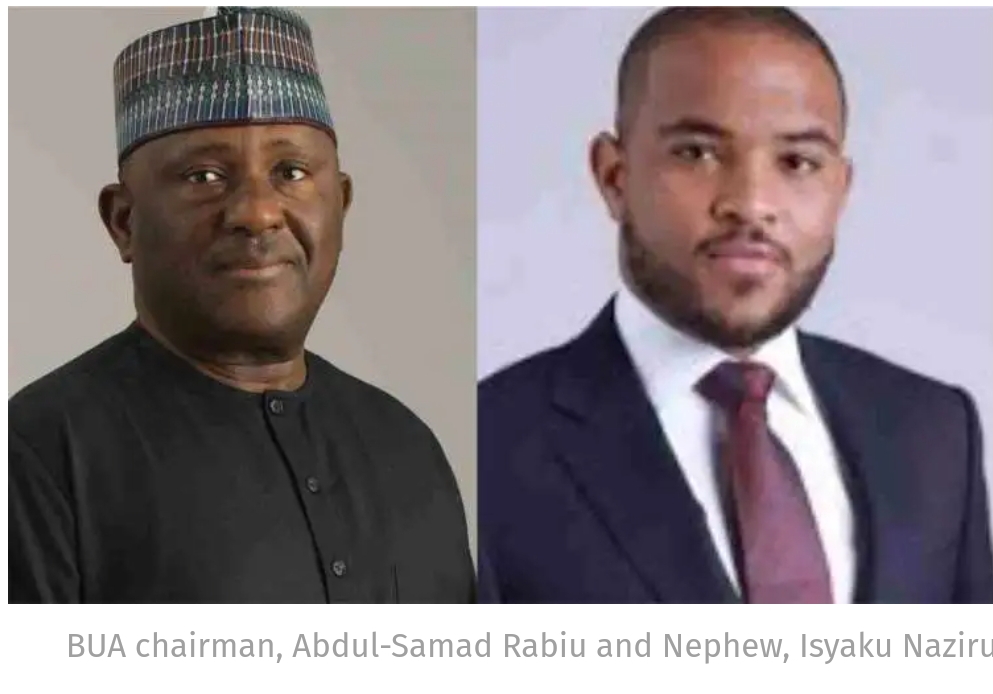 THE WITNESS is reporting that controversy has trailed the sudden resignation of Isyaku Naziru Rabiu as an Executive Director in BUA Foods Plc, a subsidiary of BUA Group owned by billionaire Abdul Samad Rabiu.

Isyaku, a nephew of the BUA Group chairman, controls 0.006 per cent of the entire N18 billion BUA Foods shares, making him the fourth highest shareholder of the company.

Isyaku’s resignation was disclosed on Thursday in a notice signed by company secretary, Oluseye Alayande, to the Nigerian Exchange Limited (NGX). 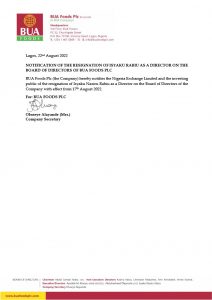 “BUA Foods Plc hereby notifies the Nigeria Exchange Limited and the investing public of the resignation of Isyaku Naziru Rabiu as a director on the Board of Directors of the company with effect from 17th August 2022,” the company disclosed.

He was appointed to the board of BUA Foods as an rxecutive director in charge of operations in 2021.

While it is the prerogative of anyone to resign from a company at any time, some analysts and industry watchers have, however, raised eyebrows over the short period in which Isyaku, a major investor in BUA Foods, resigned from the company.

“We are surprised to hear about the sudden resignation of Isyaku from BUA. The rumour (which has now been confirmed) has unsettled the company going by his close relationship with the chairman.

“But what we don’t understand is how an intelligent young manager like Isyaku who is a major investor suddenly resign from his own business just within a year of assuming position as an executive director. It’s not impossible that there is a boardroom tussle between him and his uncle (Abdul Samad Rabiu)” a close source told THE WITNESS

Another source, however, dismissed any feud between the two family members, stressing, “I don’t think that there is rancour between the two of them. And even if there is any disagreement, I believe with time, it would be resolved because they are family not just business partners.”

BUA Foods is a leading company in Nigeria that processes, manufactures, and distributes food produce.

O’tega Ogra, Group Head, Corporate Communications, BUA Group, in a response to THE WITNESS inquiries, said Isyaku’s resignation was “in order for the company to meet the regulatory requirements of the Securities & Exchange Commission Corporate Governance Guidelines (2020) and the Nigerian Code of Corporate Governance, on family and interlocking directorship which stipulates that not more than two members of the same family shall sit on the board of a public company at the same time.”

Guaranty Trust HoldCo Is The Best Dividend Stock To Buy