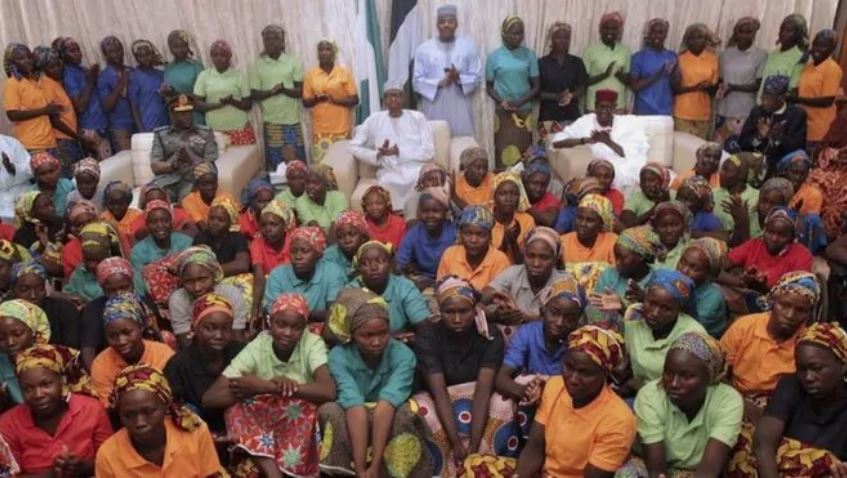 Unconfirmed reports have it that some of the Chibok girls kidnapped by Boko Haram insurgents in 2014 have escaped.

According to reports, the parent of one of the girls who escaped said that he has been contacted by security officials on the development.

Confirming this, the secretary of the Chibok Parents Association (CPA), Lawal Zannah, revealed that he got news of the escape but is yet to ascertain the number.

Zannah stated: “We heard that some of our girls have escaped from the forest, but we are yet to get the detail about their number.”

Sources close to Halima’s father, Ali Maiyanga, told journalists that family members and friends have trooped to his house to congratulate him.

Halima was married off to a commander in the proscribed group by the instruction of Abubakar Shekau, the wanted leader.

Obasanjo Almost Retired Me From Army-Buratai