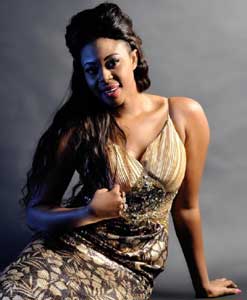 Thespians just have a unique way of throwing jabs, and Mimi Orjiekwe is no exception.

The actress whose marriage to Charles Billion crashed in 2017 appeared to have a message for him when she took to her Instagram page to share her thoughts about being in a relationship with a deadbeat and irresponsible male partner.

Though she did not mention any name, it was obvious her message was being directed at Billion.

According to her, a woman is also a widow if her partner is irresponsible and a deadbeat dad.

Advising women paying their kids school fees and bills from January to December without getting any help from their partner to sit up, she revealed she won’t be quiet about it in 2020.

With Billion not known to care for his daughter with Mimi, there have been talks that by her estimation, she is also a widow.

Recall that in 2018 the actress took to Instagram to called out Billion over non-payment of child support.

Then, she said Billion never care how broke she is, hence she had to call him out.

“So as a single mum I learnt .. if your partner is irresponsible and a deadbeat dad !! You re same as a widow .. first you pay her through school and all the little bills surrounding it.. you do the upkeep bills alone Jan to dec and ofcos medical bills etc secondly you play the role of mum/dad….. this partner wont show up with funds to help because his ashamed ?‍??or just wicked .. if you re on this table sit up 2020! Because I personally won’t be this quiet again.” 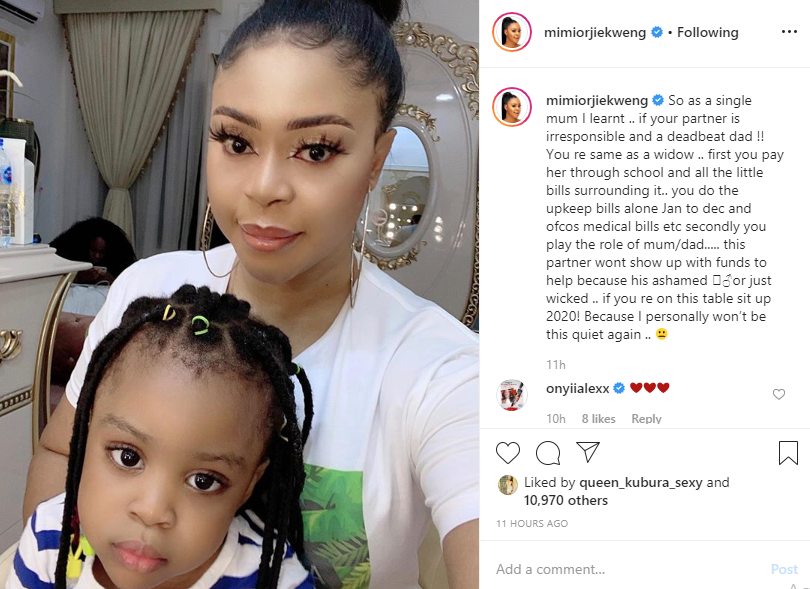