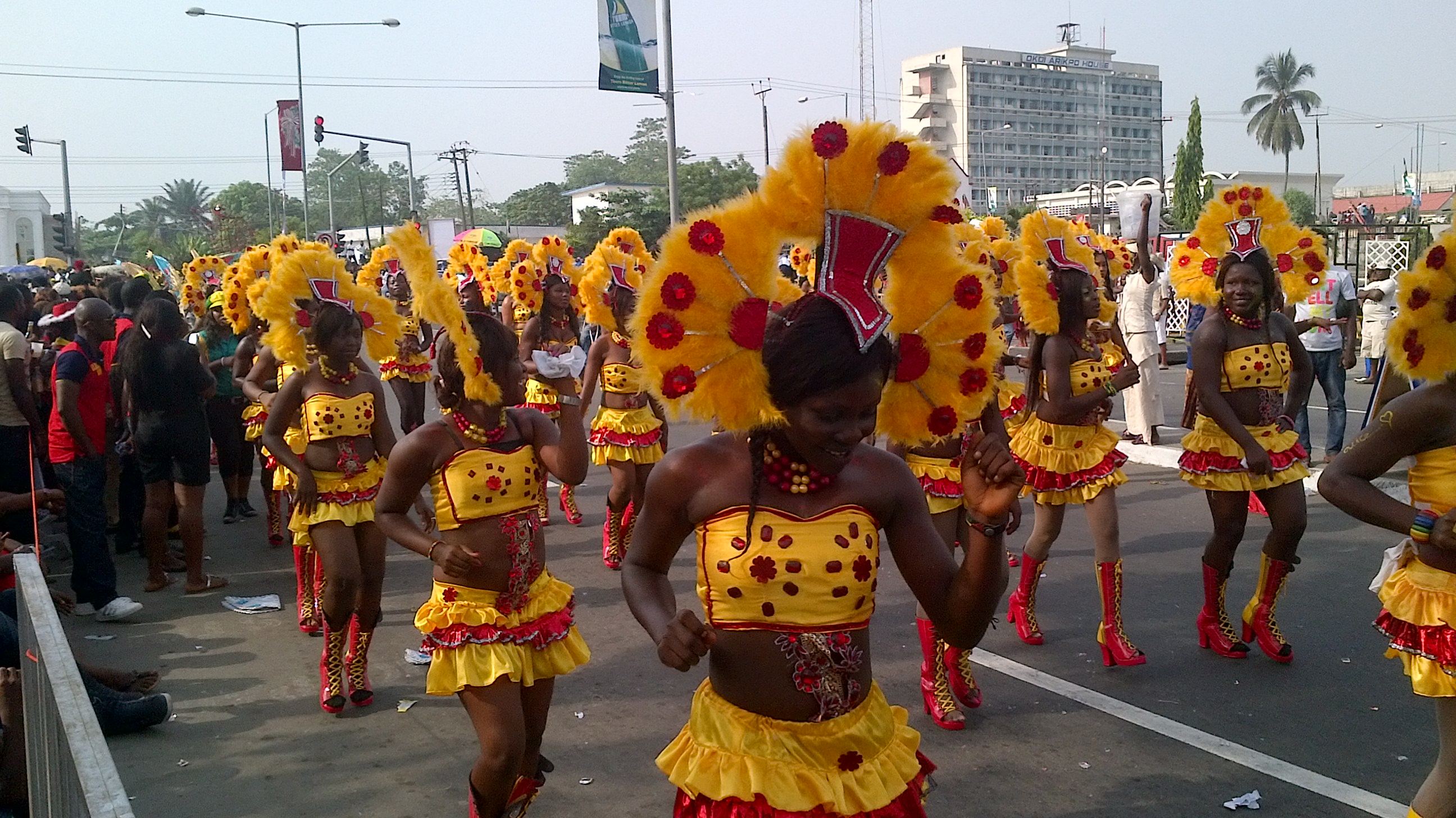 The enormous richness and diversity of Nigeria’s culture has always been considered as strong reason why tourism should be a primary foreign exchange earner for the country. From east to west; from north down to south, the country is naturally endowed with rich tourist sites.

Nigeria’s art and cultural heritage are woven from threads of history and diversity, legend and conquest. Nigeria is a vast country with a population of about 170 million people covering about 923,768 sq.km of landmass, located wholly within the tropics. The country aptly described as the ‘Giant of Africa’ and the Heart of Africa is richly endowed with ecological and cultural resources, which are of universal recognition. The richness and diversity of the Nigeria culture is a manifestation of the socio-cultural differences of the over 250 ethnic groups that inhabit the land for ages.

However, the big question is, how much of these opportunities in its art and culture have been fully developed to attract tourists (locally and internationally) as well as earn revenue.

Expected to be one of the growing and high earning sector in the country, the industry was accorded priority status in 1990 when the National Tourism Policy was launched. The main thrust of Government policy on tourism was to generate foreign exchange earnings, create employment opportunities, promote rural enterprises and national integration, among other things. Also, it is ideally positioned to contribute to seize the opportunities stemming from urbanization.

Given the plethora of opportunities provided by tourism, it is surprising that the industry has not received adequate attention in the developing countries where most of the natural tourist sites are domiciled, especially in Nigeria. An incredible tour through the history of tourism in Nigeria over the last 50 years of its existence shows that not much has been accomplished and important challenges remain.As at 2016, direct contribution of Travel & Tourism to GDP was N1,861.4billion (1.7% of GDP) but this was forecast to rise by 1.1% to NGN1,881.1 billion in 2017. But the figures presented in the WTTC 2017 report are proof that not so much contribution from the sector has reflected on the economy. In the last 10 months, no significant direct contribution from Travel & Tourism to the country’s GDP. For instance, its contribution to the whole economy GDP remains at 1.7%, same as it was in 2016. A review of tourism’s impact on the country’s GDP in the last 10 years (2007 – 2017) shows that its impact was at all-time high in 2008, having contributed 2.4% to the GDP. Since 2008, its impact has been fluctuating between 1.8% and 1.5%.

However, more must be done to market Nigeria’s massive and profitable industry. This is because the country is yet to tap its full potentials.

With this development, Heritage Bank through its strategic partnerships with government and private organisations has continued to make efforts to transforming Nigeria into a tourism sector destination in Africa and position it as lever of Nigeria’s economic growth and development.

For the bank’s giant stride of support to tourism, Federal Government Commended Heritage Bank for its commitment to the development and growth of the creative industry. The Minister of Information and Culture, Alhaji Lai Mohammed gave the commendation at a two-day Creative Nigeria Summit.

Also, Heritage Bank Plc partnered with the organizers of the International Festival of Contemporary Dance (IFCOD) to host the second edition of One Language, a musical production of intrigue, dance and drama.

Most prominent of its partnership and supports is the annual Calabar Carnival and festival, tagged “Africa’s Biggest Street Party,” was created as part of the vision of making Cross River State the number one tourist destination for Nigerians and other tourists across the world.

Since its debut in 2004 by a former governor of the state, Donald Duke, the theme of the yearly event has continued to change. The theme of the recently concluded 2017 edition was “migration and climate change.”

The theme was chosen against the backdrop that Africa has always known migration and it has been the home of many cultures for many centuries. From the Trans-Atlantic Slave Trade era, colonization and neo-colonialism, the African continent which used to be home to many foreigners, has now become a land of opportunities.

Presently, the world recognizes it as the new frontier, not to be exploited for the benefits of others but to be cultivated on its own. It is against this backdrop that the board of the carnival commission adopted the theme migration in a bid to bring people together beyond the realm of tribal and religious conflict to show case Africa’s talent and several opportunities.

This theme resonates with the greenhouse effect which is the corporate identity of Heritage Bank, Nigeria’s most innovative banking services provider, a development which encourages it to partner with Segaull Band, one of the five bands that participated in the carnival.

The Ag. MD/CEO of Heritage Bank, Jude Monye says the theme of the carnival this year is migration and climate change and heritage have to do with green, green- house effect and sustainability, protection and human development.

“We are here as an institution to help to facilitate and to create awareness that the grass is not greener on the other side, we can develop ourselves, we can build our nation, we can build our continent and sustain it if we do the right things like planting trees, keeping our environment clean, disposing our wastes properly and living a good life.”

The Cross-River State Governor, Mr. Ben Ayade tasks the bands to interpret the theme, ‘Migration’ for the youths to see the need to remain in Africa and develop the continent.

The Seagull Band is one of the carnival bands registered in 2005 for the Cross-River State annual Christmas festival. It is the most stylish and coordinated body with the main objective of promoting and sustaining the tourism and hospitality industry and enhance the status of the under privilege through charity. The band display the African culture through aesthetics, talents and innovation, paraded yearly during the carnival.

The Seagull Band is identified by its eye catching distinctive colour – red and maintains defined hierarchical structure. It is the band that recognises and celebrates Nigerians and other artistes, movie stars and beauty queens. The band is under the dynamic and charismatic leadership of the vibrant and distinguished Senator (Princess) Florence Ita-Giwa.

Ita- Giwa is the wife of late Dele Giwa, a leader who was killed by a parcel bomb during the military regime of General Ibrahim Babangida. Since the death of her husband, Ita-Giwa has been a vibrant activist and a fighter for the people of Bakassi Peninsula. She’s also a former senator who represented Cross River State Southern District at the National Assembly and a former Legislative Adviser to late Nigerian President Musa Yar’adua.

Speaking on the theme of the carnival, Senator (Princess) Ita-Giwa says the relevance of theme to recent and trending ignoble migrant journey and the attendant menace is no less efficacious as it has brought the subtlety and complexities that characterize the infamous movement of people from less attractive zone to a more attractive one.

She says the 2017 Seagull Band interpretation takes a prismatic view of the forms of migration and causal factors of human migration.

Ita-Giwa says, “The epicenter of this interpretation are the two major forms of migration- the 18th century infamous/involuntary yet monumental slave trade and the modern day voluntary slavery/ trafficking of vulnerable persons. The tumultuous whirlwind and rippling effect of these forms of migration is brought to the fore,” adding that, “international conflict and war as causes of migration also form part of the outlay.”

Besides the carnival, there was also the Miss Africa Calabar Beauty Pageant 2017 which was won by Miss Botswana, Gaseangwe Balopi, 21.

Balopi emerged the 2017 African queen at the second edition of the pageant which was a keenly contested event after a fourth round of appearances in different attires by 25 contestants.She took home $35,000 and a Ford Edge Sport Utility Vehicle as her star prize.

Governor Ben Ayade says that the theme of the event `Climate Change and Migration’ was chosen to create awareness on the need to protect the environment and caution youths against illegal migration.Ayade says the event afforded the African continent the opportunity to choose another beauty queen that will use her beauty to create awareness on the need for Africans to see themselves as one.

“Migration and Climate Change have become burning and global issues today. Our gathering here today is to choose another African queen that will use her office to create awareness on the theme. Blackness is now a perception, beauty and character in the eyes of the people. The Miss Africa pageant is meant to tell the true story of Africa to the world,” Ayade says.

According to him, “how can a continent like Africa that is blessed with abundant natural and human resources be poor? Africans are intellectually sound. We are not gathered here to pick the most beautiful woman, but rather, we want to pick the true African woman who can use her beauty to change Africa. For us to tell the true African story, we need a face that is appealing. Our theme for this year should caution our youths about the tedious journey through the Mediterranean Sea and Sahara Desert to Europe in search of greener pasture.’’

We commend the initiative of Heritage Bank for supporting efforts to create awareness about the negative effects of migration and climate change and enjoin other corporate organisations to lend their voices as well as in a bid to sustain advocacy against migration and climate change in the overall interest of the African continent as well as restoration of the dignity of the African man and the black race.