Grammy Award-winning singer, Burna Boy, has offered to pay £10,000 and “marriage” to anyone who can provide him Port Harcourt Bole and Fish in London.

The singer who is currently in the United Kingdom (UK) stated this in a social media post.

According to him, he has been offered all kinds of food such as fried chips, salad, and others in the UK but he craves Port Harcourt roasted plantain popularly called Bole and grilled fish. 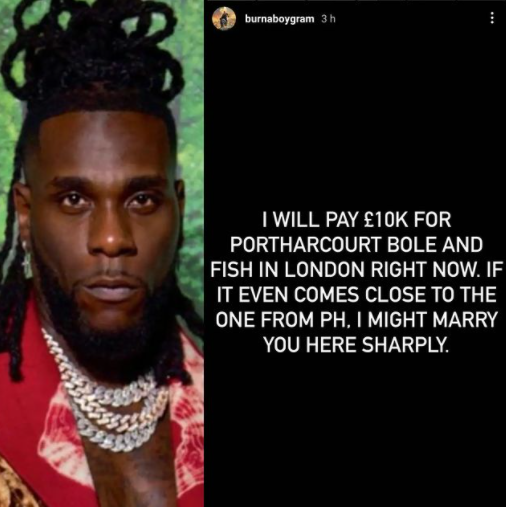 Why Naira Marley’s Cybercrime Trial Did Not Hold