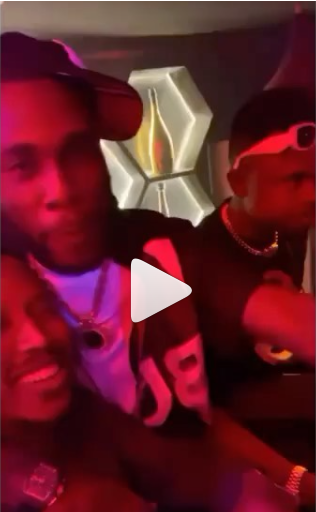 A victory has been recorded in the music industry, as Burna Boy and Mr. 2Kay have resolved their differences after four years.

Recall that Burna Boy and Mr. 2Kay had been involved in a misunderstanding in 2017 when Burna Boy sponsored the beating of the latter.

In the heat of the event, the police invited Burna Boy during which he was interogated and charged to court after Mr. 2Kay was assaulted and robbed.

However, the issue was subsequently resolved out of court. The singers have now decided to put their difference behind them and make peace.

In a new video shared online, the duo were seen hugging as a song off Burna Boy’s Twice as Tall album was playing in the background.

What I Left To Be A Disc Jockey-DJ Big N