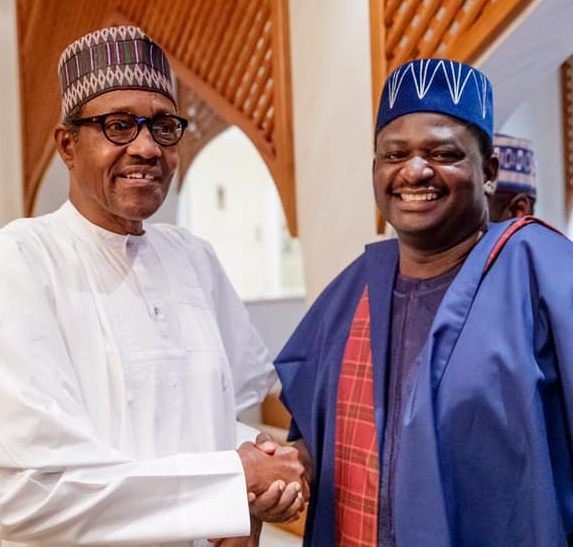 The Special Adviser to the President on Media and Publicity, Femi Adesina, has stated that some of President Muhammadu Buhari’s critics dine with him at Aso Rock in Abuja.

Adesina stated this in an opinion piece titled, “Buhari, FFK, And The Quality Of Mercy”.

In the piece, Adesina addressed the controversy that greeted Femi Fani-Kayode’s defection to the All Progressives Congress (APC), and the reception he got from Buhari after his defection.

According to Adesina, a lot of loyal APC members were “hopping mad” that FFK was readmitted into the party and was hosted by Buhari himself.

He added that Buhari’s action shows his “amazing capacity to forgive, to show mercy, and let bygones be bygones.”

“How many of us can do that? Not many,” Adesina added.

Adesina added that working with Buhari has made him witness first-hand, the president’s ability to accommodate and forgive even his fiercest critics. He said he has visited Buhari multiple times only to find him dining with people who have insulted him publicly.

He wrote: “I have worked with the President for over six years. And I have seen amazing things in terms of accommodation and capacity to forgive. I have visited him at home many times in the evenings, only to find at the dinner table with him people who had been abusing his forefathers on television earlier in the day.

“This President has a capacity to forgive, and forget. And make peace. That was what he displayed in the case of FFK. Nothing short of divine attribute, which me and you should covet and seek to approximate.”