The meeting that held at the State House, Abuja was disclosed by Bashir Ahmad, a Personal Assistant on New Media to the President.

In a tweet via his verified Twitter handle, @BashirAhmaad on Wednesday, January 6, Ahmad revealed that the Nigerian leader held the meeting with Bello in company of Governor Mai Mala Buni of Yobe State and Chairman of the ruling All Progressives Congress (APC) Caretaker/Extraordinary Convention Planning Committee. 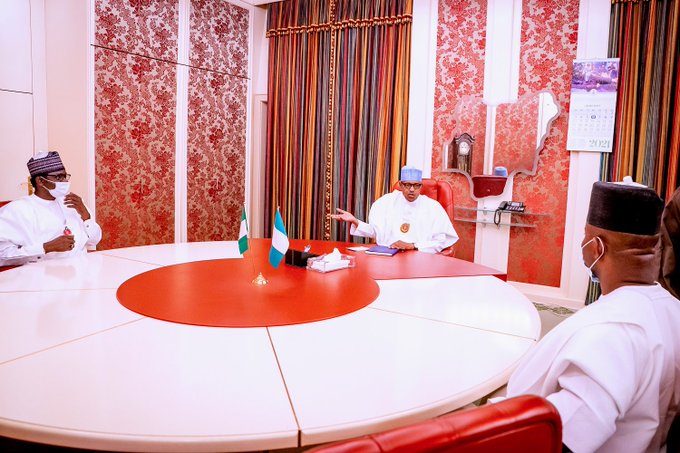 Though the purpose of the meeting is yet unknown,  there are reports that it may be connected with President Buhari advising Bello and Buni about issues concerning Nigeria and the ruling party.

The meeting follows the pasting of campaign posters of Bello on some major roads in Kano State. The posters carrying inscriptions suggesting the governor’s 2023 presidential ambitions, were spotted in some areas of the foremost northern commercial city.

The posters do not bear any party’s logo but there was a big inscription which reads: ‘For generational change 2023, vote Yahaya Bello for President, Federal Republic of Nigeria.’ 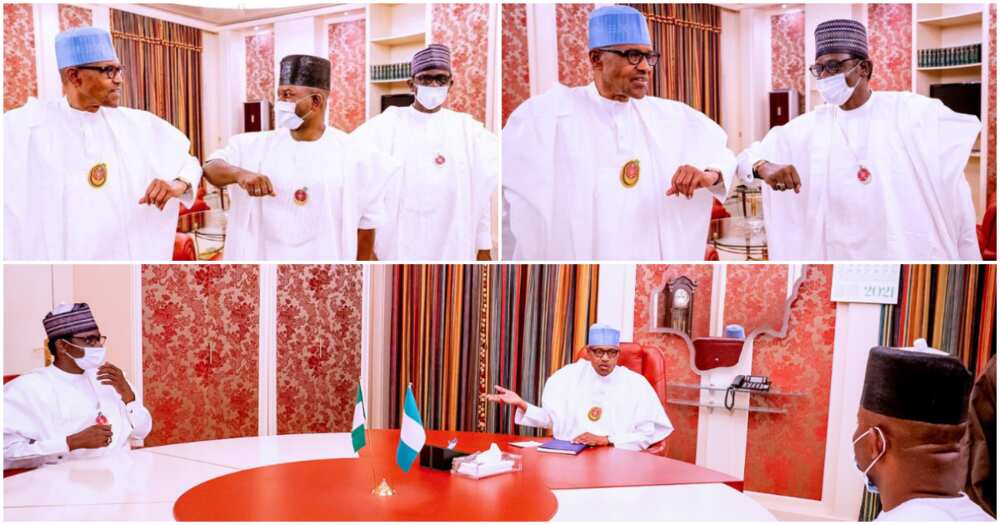