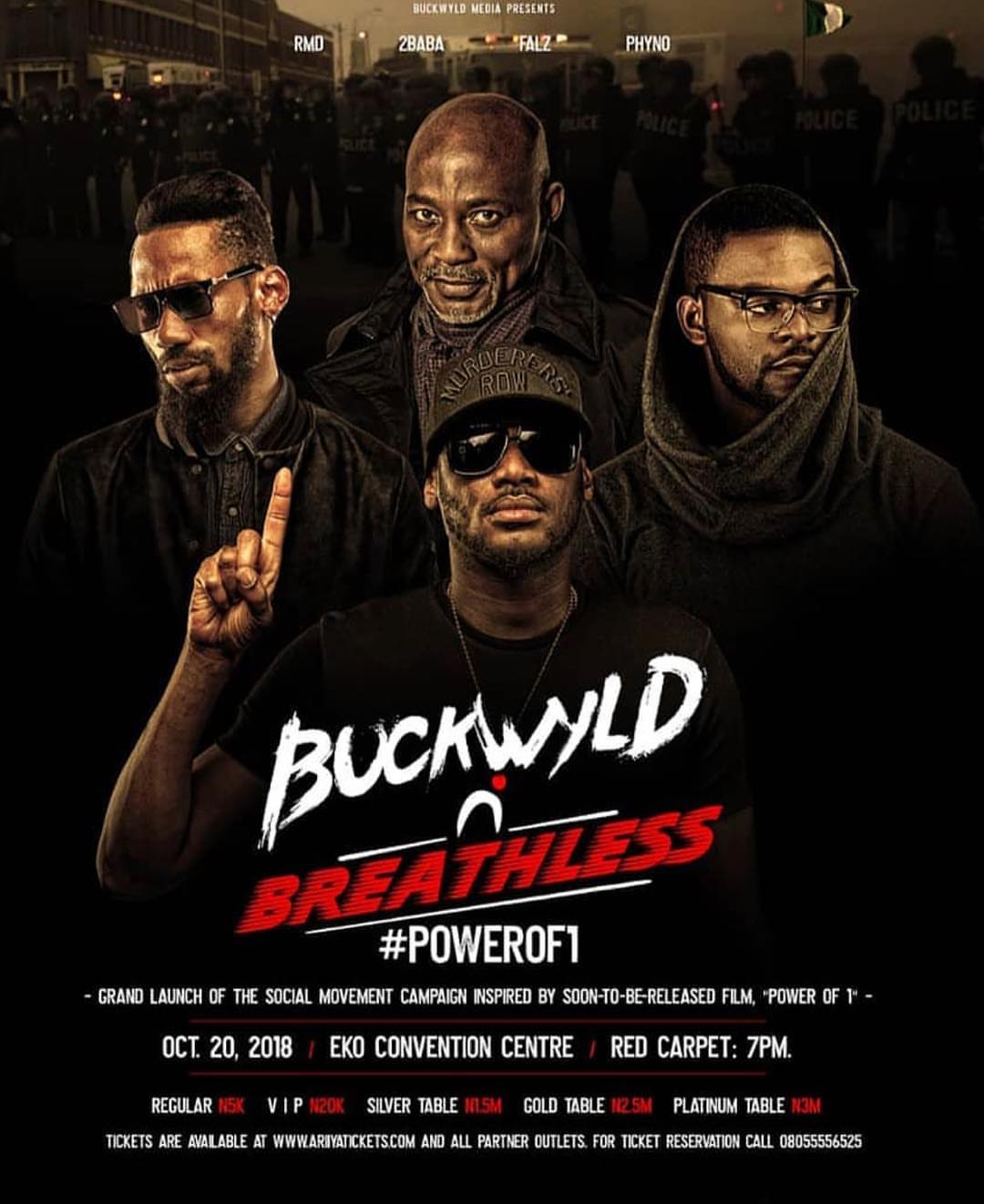 Guests to the 7th edition of Buckwyld ‘n’ Breathless concert holding at Eko Convention Centre today will have a filled time dancing to some of the best acts in the country.

2Face Idibia, Phyno and Falz the Bahd Guy will respectively take to the stage to entertain guests at the event.

Other acts likely to perform at the event are Timi Dakolo and Kenny Blaq.

Themed ‘Power of 1,’ the concert is aimed at empowering youths and reminding them of their individuality.

Prior to the event, 2Face had been quoted saying that “the concert is an avenues which would be used to inspire the younger generation; imbuing in them the belief that one person’s actions can go a long way in bringing positive change to Nigeria as a whole”