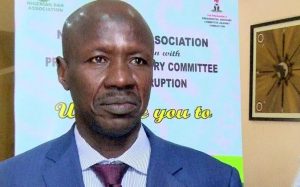 A former president, Goodluck Jonathan, Governor of the Central Bank of Nigeria, Godwin Emefiele; and anti-corruption chief, Ibrahim Magu are amongst some high-profile personalities that are expected to be questioned by a presidential panel investigating the mysteries surrounding the over N13 billion recovered from an apartment in Lagos last Wednesday, PREMIUM TIMES has learnt.

The panel will also question the suspended Director-General of the National Intelligence Agency, NIA, Ayodele Oke, and his predecessor, Olaniyi Oladeji.

The owner of the building where the money was found and the EFCC official who led the operation will also be questioned by the three-man panel, which was convened on Wednesday, PREMIUM TIMES understands.

The National Security Adviser, Babagana Monguno, who is also a member of the investigating committee is also expected to brief the committee on what he knows following reports that Mr. Oke briefed him on the NIA operation prior to the discovery of the money.

The constitution of the panel came as the presidency announced the immediate suspension of the Secretary to the Government of the Federation, Babachir Lawal, and Mr. Oke for their respective roles in the grass cutting scandal and the over N13 billion recovered in Lagos respectively.

“The president also ordered a full-scale investigation into the discovery of large amounts of foreign and local currencies by the Economic and Financial Crimes Commission, EFCC, in a residential apartment at Osborne Towers, Ikoyi, Lagos, over which the National Intelligence Agency, NIA, has made a claim,” presidential spokesperson, Femi Adesina, said Wednesday.

Mr. Adesina’s statement appears to indicate that the presidency has already accepted the NIA’s argument that the money belongs to it.

The recovered funds had the packaging and inscriptions of the Nigerian Security Printing and Minting Company on them, indicating that they might have come directly from the CBN. The dollar denominations were also itemised with serialised bar codes.

On his part, Mr. Jonathan is expected to be questioned over claims that he approved the operation for which the NIA allegedly obtained the money

Infrastructure Development Fund (IF-K) has strengthened the capacity of the government-Gov. Ahmed