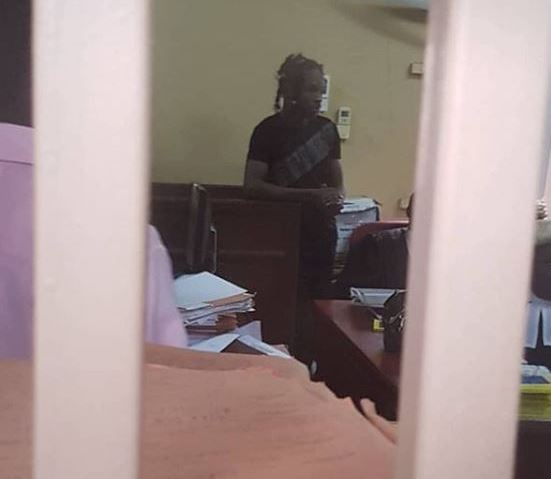 Following his arraignment on Monday, May 20, the musician’s lawyer had pleaded for a date for his bail application hearing. The case was adjourned till Thursday, May 30.

Today, the singer arrived at the court in an all-black attire wearing a black jean and T-Shirt. He was hailed by a small crowd before entering the court.

As hearing resumed, the singer’s lead counsel, Olalekan Ojo, pleaded with the court to accept the bail application prima facie based on the presumption of his innocence in accordance with Section 162 (1)

Prosecution team of lawyers led by Rotimi Oyedepo, however, argued that it is not the temporary release of the singer that mattered but final judgment. As such, Oyedepo prayed the court for accelerated hearing rather than bail.

After listening to their arguments, Justice Nicholas Oweibo granted the singer bail of N2 million with two sureties in like sum.

Recall that the ‘Am I A Yahoo Boy’ singer was charged to court following his arrest alongside Zlatan Ibile, Rahman Jago and their house boy by the EFCC.

While the other three were granted administrative bail, Naira Marley was charged to court in an 11 count charge bordering on cybercrime.

Naira Marley was alleged of conniving with one Yad Isril (at large) to use Access card issued to other persons in a bid to obtain gain, an offence contrary to Section 27(1) (b) of the Cybercrime Prohibition, Prevention Act 2015.

The case was adjourned till October 22, 23 and 24 for accelerated hearing.