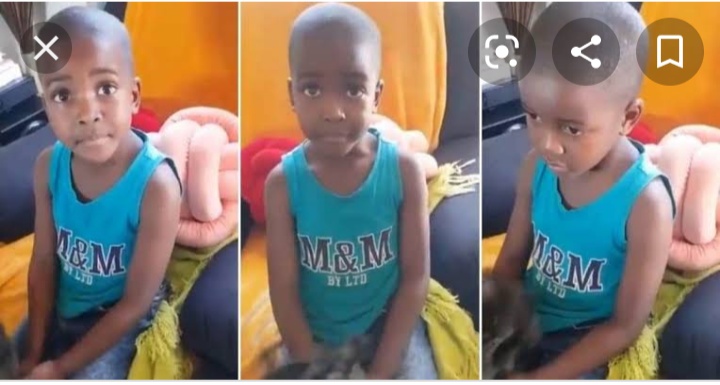 A young boy has attracted attention over his pain of being heartbroken.

The young boy who was not identified was filmed by his mum detailing how his girlfriend broke his heart.

In the video, which was shared online by social media user @aypee_madicks, the boy revealed he was dumped for someone else. He told his mum: “Mum, you see that girl that I used to love. She broke up with me. She likes the new boy now.”

His mum then asked him if he was okay, to which the boy simply shook his head.

The mother asked if he spoke to the girl and the boy said: “She says she doesn’t love me any more.”

The video has gathered a lot of reactions in just a couple of hours and South Africans were heartbroken for the adorable little boy.

Related Topics:Aypee_madicksBoy Stunts Mum With Tale Of How Girlfriend Left Him HeartbrokenSouth African Boy
Up Next

Trump: America’s Deal With The Devil By Segun Olulade

Amotekun Only Way To Solve Insecurity Challenges In Nigeria-Makinde