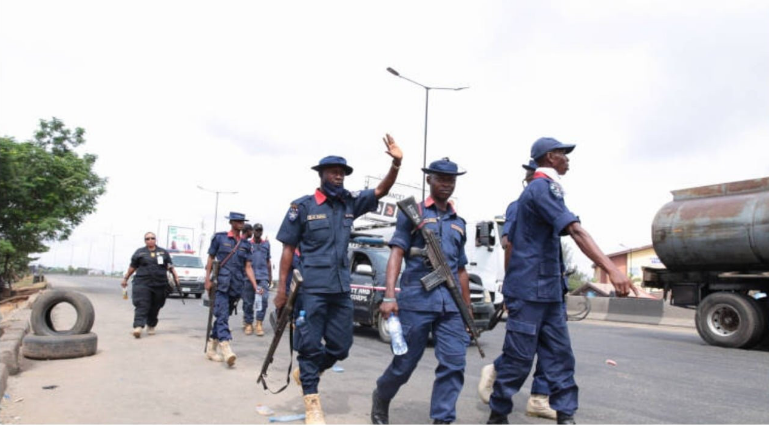 At least four men of the Nigeria Security and Civil Defence Corps (NSCDC) have been killed with another seriously injured.

This happened after a bomb suspected to be planted by Boko Haram fighters exploded at Galadima Kogo in Shiroro local government council of Niger State.

Corps spokesperson, DCC Olusola Odumosu, who confirmed the incident in a statement on Monday, February 21, in Abuja, disclosed that the driver of the vehicle sustained serious injuries during the blast.

“A bomb explosion has rocked an operational vehicle of the Niger State Command of Nigeria Security and Civil Defence Corps killing four personnel instantly while the driver of the vehicle sustained very serious injuries during the blast and had been rushed to the hospital where he is currently battling for his life.

“The officers were on a routine patrol when their vehicle stepped on a buried land mine which exploded immediately killing all occupants except the driver who is currently in a very critical condition.

“The spokesperson said that the driver identified as Inspector Bala Adamu is currently in the hospital receiving treatment.

“The Commandant General, NSCDC, Ahmed Abubakar Audi, PhD, mni has commiserated with families of the deceased officers and men who paid the supreme price in service to the Nation and reassured residents of Niger of the Corp’s resolve and commitment to the security of lives and property of Nigerians without deterrence,” he added.

My Discussion With Boko Haram In 2011-Obasanjo