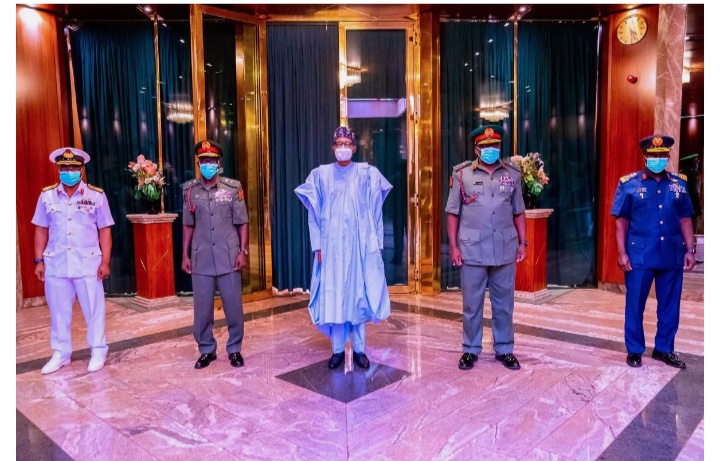 The newly appointed Service Chiefs have travelled to Borno State as they resume work.

The visit is part of the government’s effort towards ending the menace of Boko Haram insurgents and bandits in the country.

The visit on Sunday, January 31, is the first movement of the new Service Chiefs to Borno which is the theatre of war against Boko Haram since their appointment.

They were led by the Chief of Defence Staff, General Lucky Irabor in what is believed will redefine the fight against the insurgents.

Nigeria has been battling with dare-devil Boko Haram terrorists who have killed and displaced thousands.

The group, was founded in 2002 by Mohammed Yusuf, has consistently battled the Nigerian forces in the northwest and northeast regions.