The Federal Government has ordered 52 Ezugwu, a locally made Mine Resistant Ambush Protected (MRAP) vehicles.

The vehicles are to be delivered to the Nigerian Army and deployed to troops in the frontline fighting Boko Haram and ISWAP terrorists in the northeast.

This was disclosed by the Special Assistant to the Senate President on New Media, Abubakar Sidiq Usman on Twitter. 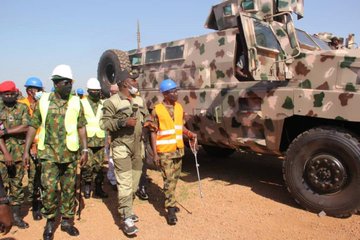 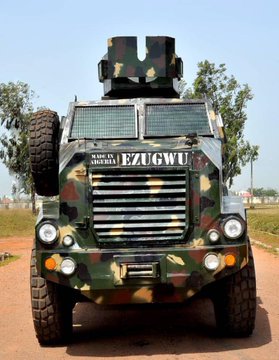 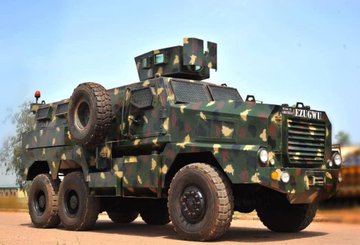 The Nigerian-made MRAP is named after Major General Victor Ezugwu, who earned recognition for his efforts to combat Boko Haram extremists.

At the end of 2018, he was appointed Managing Director/CEO of Defence Industries Corporation of Nigeria (DICON), a state-run corporation operated by the Nigerian Armed Forces and responsible for the production of defense equipment and civilian products.

The new vehicle is manufactured in collaboration with the Nigerian Army Command Engineering Depot (CED).

The 4×4 Ezugwu is powered by a Chinese WD615 turbodiesel engine while its flat-bottom armored hull provides protection against small arms fire and an explosion of 7 kg TNT and each wheel can withstand a 12 kg TNT explosion.

Unusually, the vehicle is fitted with two turrets that can traverse 360 degrees, and a telescopic long-range camera for improved situational awareness.

President Muhammadu Buhari had in 2019 commissioned the vehicle into active service. The commissioning event took place at the opening of the 2019 Chief of Army Staff Annual Conference in Kaduna.

The government has placed a firm order of 52 Ezugwu, a locally made Mine Resistant Ambush Protected (MRAP) vehicle to be delivered to the Nigerian army for the Nigerian troops in the frontline fighting many enemies of our dear country. pic.twitter.com/O3wF32wycV

2023 Presidency: We Will Form Another Movement To Challenge APC, PDP-Okorocha