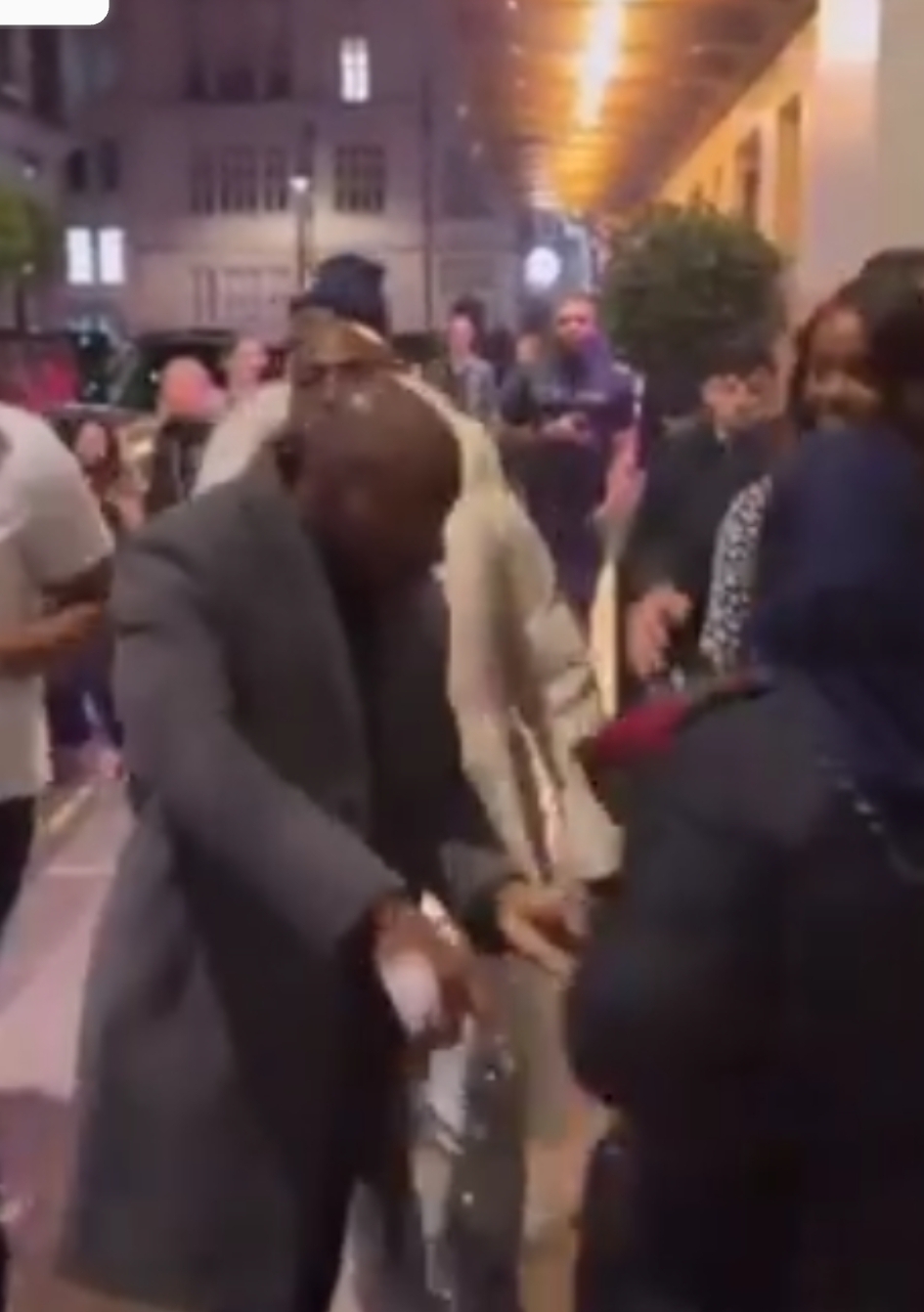 Details of how a bodyguard stopped Davido from buying flowers for Chioma has surfaced.

In a video currently online, the singer and his fiancee were walking on the streets of London when Davido reached out to buy flowers from a woman.

However, he was stopped by the security who waved the woman away.

Recall that the singer had earlier announced that he and Chioma would be getting married next year.

He made the announcement during a visit to famous clergyman, Pastor Tobi Adegboyega in London.

Related Topics:Bodyguard Stops Davido From Buying Flowers For Chioma RowlandChiomadavidoTobi Adegboyega
Up Next

Davido Confirms He Will Marry Chioma In 2023