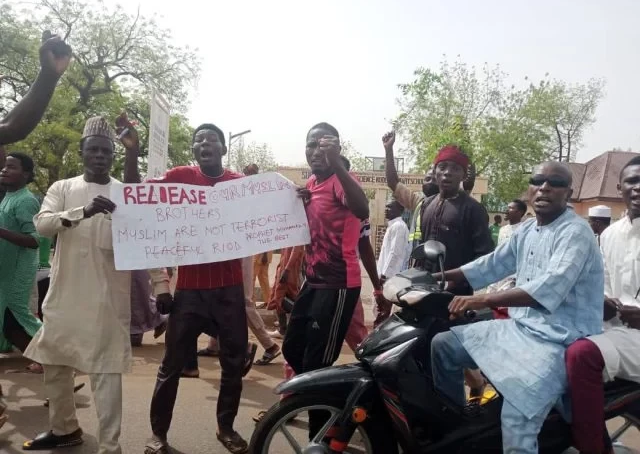 Muslim youths in Sokoto State have staged a protest to demand the release of those arrested for killing Deborah Samuel.

Recall that Deborah a student of Shehu Shagari College of Education was killed on Thursday, May 12, over claims that she insulted Prophet Mohammed.

In the morning of Saturday, May 14, youths filed out in their numbers to demand the release of the two suspects arrested by the police in connection with the murder.

The protest started at the roundabout of Zabira mall and they marched through Gao-nama onwards flyover within the state metropolis.