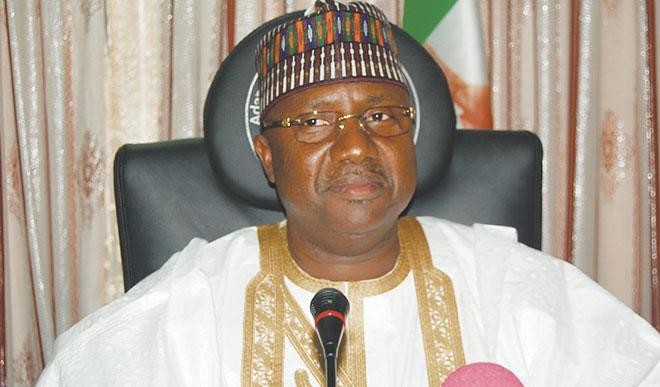 Former governor of Adamawa State, Jibrilla Bindow, has denied organising a meeting of the All Progressives Congress (APC) stakeholders in the state where comments against President Muhammadu Buhari were made.

According to the ex-governor, he attended the session as the vice-chairman of the northeast reconciliation committee of the APC.

Bindow said he was not the convener of the meeting but was invited by aggrieved APC stakeholders in Yola South.

According to him, he met with all factions in Yola South and not a group as being insinuated, adding that his voice was not heard in the leaked audio with some utterances against Buhari .

Bindow, who made the clarifications in a statement by his special adviser on media and publicity, Sadiq Abdullateef, said he was not bothered by the plot to bring him down.

The statement read: “I, Senator Muhammad Umar Jibrilla Bindow is the vice-chairman of the APC northeast reconciliation committee, and in carrying out the party’s mandate, I was invited to meet some aggrieved stakeholders in Yola South.

Bindow added that like most aggrieved political meetings, there were lots of loud complaints and rancour in the meeting, saying that it took tremendous effort by the leaders of the party to control the meeting.

The former governor said he was baffled when the leaked audio was linked to him, which according to him, is clearly the work of mischievous and malicious persons.

Recall that Bindow was interviewed by the Department of State Services (DSS) on Wednesday, August 11, over an alleged anti-Buhari meeting. It was gathered that an audiotape of the meeting was leaked to the media, and some of those at the event were said to have made death wishes against the president. The DSS invited the key participants of the meeting for questioning over the leaked audiotape.