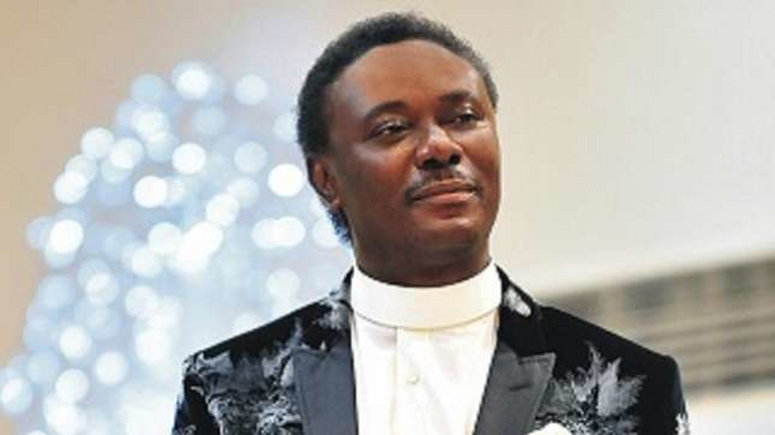 Billionaire businessman and Microsoft founder, Bill Gates has been accused of a conspiracy to destabilize the world economy and execute a “satanic agenda” against the church.

The allegation was made by Rev. Kris Okotie, the Senior Pastor of the Household of God Church International Ministries.

Okotie made the allegation in an 80-minute video shared on YouTube, alleging that Gates is conniving with some powerful people to achieve the sinister objectives.

Okotie who quoted diverse scriptures to back his claim also used biblical numerology to explain the names of three generations of the Gates family vis-à-vis their scriptural equivalents and their roles in the dispensational dealings of God with man.

He also explained how the roles of various key Bible characters like the Lord Jesus Christ, Adam, Eve, Solomon, David, Daniel, and an event like Sodom and Gomorrah percolate down to the operations of Satanic forces in this age, including the rise of the LGBT.

“People have asked me if we’re dealing with the number 666; if this is about the antichrist. Is this about you taking that number and the eternal damnation that is the consequence of that?

“No. We’re dealing with another number that is the precursor to the number 666.  There’s a man who is the protagonist of this whole process that we’re seeing today. His name is Bill Gates.

“The year 2020 was particularly chosen by Satan as the year when he would challenge the authority of the almighty God upon the face of the earth in preparation for the coming of the antichrist.

“How is he going to do it? First, he’s going to get a man who has the pattern and that man is Bill Gates. And then, there will be a conspiracy to bring in a pandemic, sickness.”

On COVID-19 vaccine which is projected to be ready for large-scale trial, Okotie insisted that it is a “red herring” meant to disguise the intentions that could cause death on a large scale.

“So he brings disease, sickness. They’ll create panic in the world. At this point, you’ve been asked to remain in your house because he must challenge God’s authority through fear.

“What Gates will do under the auspices of the UN is to make sure we no longer form the house of God. What Bill Gates is doing through his name is to stop people from congregating.

“We’re dealing with one of the most sinister conspiracies in human history. What we call an online church is untrue. To be a church, you have to be called out. Cyberchurches are totally unscriptural.”