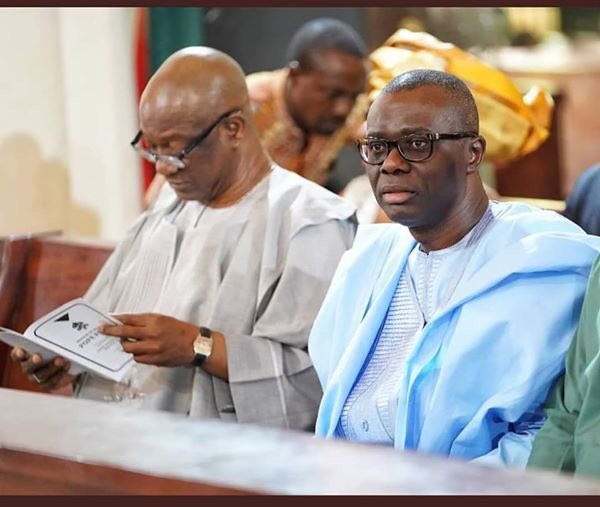 The saying that politics is a dirty game is perhaps one of the oldest associated with politicians.

However, it appears just a game for the duo of Babajide Sanwo-Olu, the All Progressive Congress (APC) gubernatorial candidate in Lagos State and Jimi Agbaje, his counterpart in People Democratic Party (PDP).

As the election draws near, while both parties are spoiling for war, Agbaje and Sanwoolu appear at peace with each other, or so it seemed when they both attended a service at The Holy Cross Cathedral, Lagos to mark the beginning of the year.

Garbed in native attires, there was no sign of animosity between them all through the church service.